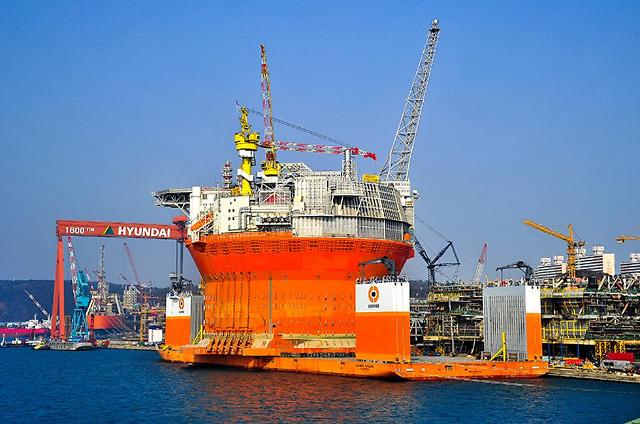 
SEOUL -- South Korea's Hyundai shipbuilding group has secured an order worth 659 billion won ($577 million) from an unnamed U.S. oil company to build a semi-submersible floating production system for oil and gas production. The system will be installed in an oil field 300 kilometers (186 miles) south of Louisiana in the second half of 2024.

Korea Shipbuilding & Offshore Engineering (KSOE) affiliated with the shipbuilding group said in a regulatory filing on August 6 that the construction of a floating production system (FPS), which is 91 meters long, 91m wide and 90m high, will begin in the third quarter of 2022.