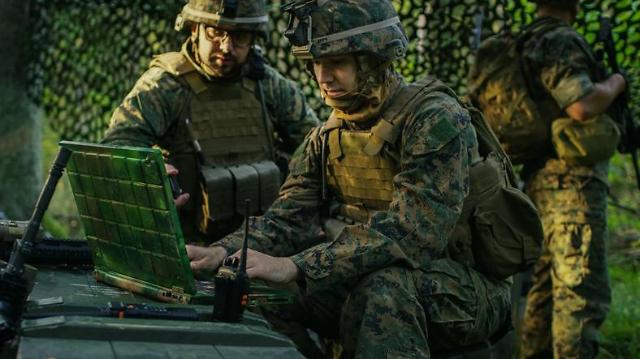 SEOUL -- South Korea's major telecom company KT has been selected for a defense project worth 1.2 trillion won ($1.05 billion) to upgrade a military communication network that will link more than 2,000 units with an integrated management system reflecting new technologies such as artificial intelligence and cloud.

KT has been selected as the preferred bidder for the project to establish the next-generation military-broadband convergence network (M-BcN) that would be completed in 2023 with an injection of 633.9 billion won. The telecom company is responsible for operation and maintenance for 10 years from 2024.

"KT won the Defense Ministry's next military-broadband convergence network project. We will do our best to ensure the network's stable establishment and operation," an unnamed KT official told Aju Business Daily. KT has formed a consortium with other domestic companies to establish a new optical cable network of more than 11,000 kilometers (6,835 miles) and install related equipment.

The network requires wartime viability, efficient operations and maintenance, scalability and security to improve communication between 2,321 military units. SK Telecom (SKT), a leading mobile carrier in South Korea, established and operated the initial network established in 2008. SKT's contract is to expire in 2023.