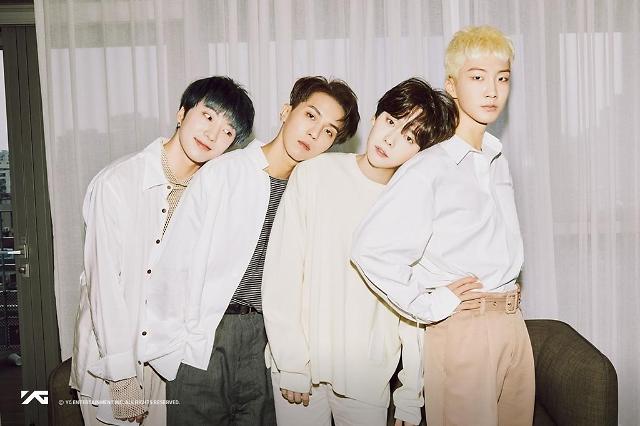 SEOUL -- All members of K-pop boy band WINNER will renew their contracts with YG Entertainment for another five years. The band has signed agreements with the South Korean entertainment powerhouse, YG said in a statement.

All four members interacted with their fans through Naver V LIVE on August 17 to mark the 7th anniversary of its debut. Kim Jin-woo and Lee Seung-hoon, who are still serving their compulsory military duties, also joined the online streaming event via smartphones.

"We hope to meet our fans soon. Thanks to your support and love, WINNER could stay happy and strong today," band members said during the event. Since its debut, the group's official fan club Inner Circle has not disbanded even during the group's 16-month hiatus.

During the group's hiatus, Kang Seung-yoon and Song Min-ho continued their musical careers as solo artists. WINNER debuted in 2014 after winning “WIN: Who is Next,” a survival audition program.