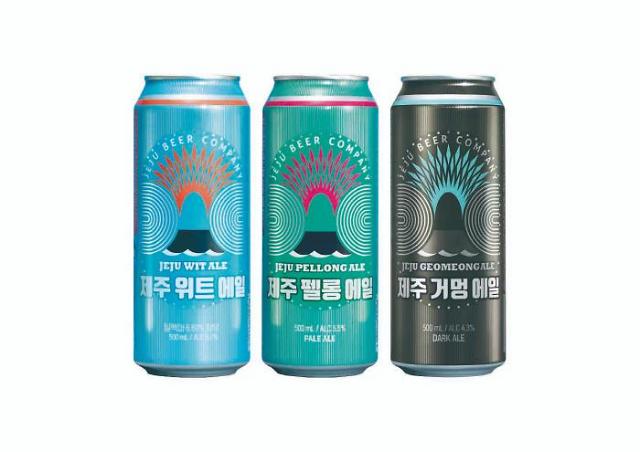 SEOUL -- A craft beer maker based in South Korea's southern resort island of Jeju will export three products to thousands of stores, bars and restaurants in European countries including Britain, Germany and France.

Founded in 2015, Jeju Beer is the island's first local craft brewer to hit the shelves of five major convenience stores in South Korea. Since 2019, the company has exported craft beers to Asian countries including India, Thailand, Singapore and China.

Jeju Beer said in a statement on August 19 that the expansion of overseas sales became possible after the company doubled the size of brewing and increased supply through a partnership with Lotte Chilsung Beverage, a beverage production company in South Korea.

Jeju Beer will export Jeju Wit Ale, Jeju Pellong Ale and Jeju Geomeong Ale to European countries. Jeju Wit Ale is a wheat beer made of tangerine peel and has a refreshing taste. Jeju Geomeong Ale is a dark brown beer that offers a mixed taste of Jeju black barley and chocolate wheat malt. Jeju Pelong Ale is a vivid golden beer that has a bitter taste with the scent of refreshing citrus.