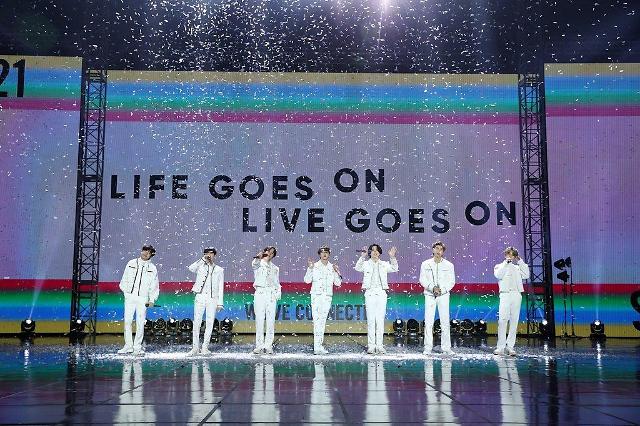 SEOUL -- K-pop sensation BTS canceled its 2020 Map of the Soul concert tour, which was originally scheduled for April 2020, due to a coronavirus pandemic. After suspending the concert for more than a year, the cancellation was finally announced by the band's label on Weverse, BTS's official fan community platform.

Originally, BTS had planned a stadium-sized tour of 18 cities in countries including the United States, Canada, Britain and Japan after the release of the band's fourth album titled MAP OF THE SOUL : 7 in February 2020. The tour was to start in Seoul, but BTS suspended it, citing a COVID-19 pandemic.

"Once again, please allow us to offer our sincere apology to all fans who have waited for the BTS Map Of the Soul tour to resume," Big Hit said in a statement on August 20, adding that the company would prepare a new type of performance because it's practically difficult to resume concerts on the same scale as planned earlier "due to many force majeure changes."