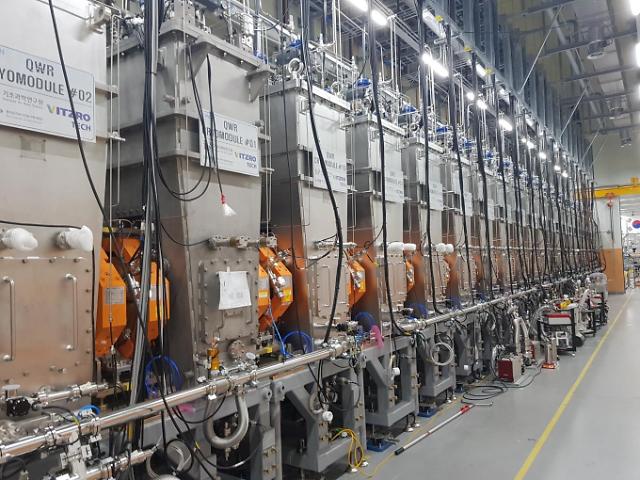 
SEOUL -- South Korean experts in ion accelerators joined hands to speed up the delayed installation of a home-grown heavy ion particle accelerator in a state-sponsored project to build a research facility that ionizes and accelerates heavy elements such as uranium to collide with target materials, creating new rare isotopes that do not exist naturally.

RAON is a particle physics laboratory being constructed in the outskirts of Daejeon by the state-run Institute for Basic Science (IBS). It was expected to be finished by 2021 before getting pushed back to 2025 mainly due to the delayed construction of a single-spoke-resonator (SSR) type superconducting accelerator that forms a strong electric field inside a vacuum tube without electrical resistance to accelerate heavy ions such as protons and uranium.

KOMAC has been involved in the development of a half-wave resonator (HWR) type superconducting accelerator, which is drawing attention as an alternative design for the SSR type because it is easier to manufacture. "The domestic accelerator community should continue to cooperate to successfully build the world's best heavy ion accelerator," KOMAC head Kim Yoo-jong said in a statement on August 25.