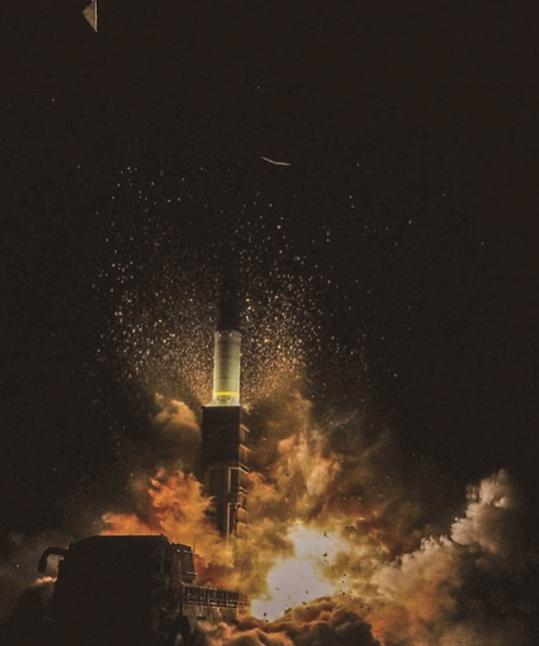 SEOUL -- South Korea's defense ministry disclosed plans to develop a strong ballistic missile with significantly increased destructive power, sparking speculation the new weapon would be an enhanced successor to the Hyunmoo-4 missile with a maximum range of 800 kilometers (497 miles) and a warhead weight of two tons.

The development of a new ballistic missile was contained in a five-year defense buildup program unveiled on September 2. There have been unconfirmed reports that South Koreas has pushed for the development of ballistic missiles with a warhead weight of up to three tons capable of destroying underground command facilities and missile silos, ever since the Hyunmoo-4 missile was successfully test-fired in 2020.

"I can't show you everything, but I can tell you with confidence that we have sufficient defense capabilities to prevent and contain any security threats," President Moon Jae-in said in July 2020 during his visit to the Agency for Defense Development (ADD), a state-run defense technology research body involved in the development of Hyunmoo-4 missiles.

Theoretically, if the Hyunmoo-4's range is reduced to 300 to 500 km, the weight of its warhead will increase dramatically. Pyongyang's push for the development of nuclear weapons prompted Seoul to extend the range of ballistic missiles with improved precision.

Seoul signed a missile accord with Washington in 1979. The accord has been revised step by step, allowing Seoul in 2017 to deploy missiles that can fly for up to 800 kilometers (497 miles) with no limit in its payload. At summit talks between U.S. and South Korean leaders in May this year, Seoul took off fetters that have restricted missile development.