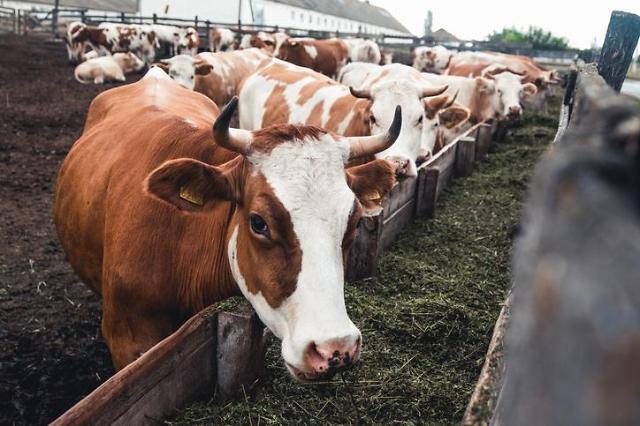 SEOUL -- South Korea will embark on a state project to develop an efficient method of utilizing animal manure as renewable resources including biogas. The mixture of gases, primarily consisting of methane and carbon dioxide, can be used as fuel for vehicles and other equipment such as power plant turbines.

Biogas is normally produced by anaerobic digestion with anaerobic organisms inside a bioreactor filled with biowastes including animal manure and other biomasses such as sludge collected from sewage, lakes and rivers. Biogas can also be collected by digesting residuals from the dairy industry, sugar industry, or brewery industry.

The use of biogas as fuel is currently being researched across the world but the wide uptake of the renewable energy source is hindered because the infrastructure for biogas production and distribution requires very large investments. Also, it is hard for biogas manufacturers to achieve high profitability as the production rate is relatively low compared to solar power plants and wind farms.

In an effort to complete the country's sustainable energy transition, the Ministry of Agriculture, Food and Rural Affairs would accelerate the popularization and adoption of biogas by lowering legal hurdles that have hampered the operation of biogas manufacturing while launching a  project to nurture the biogas industry in 2022.

"We hope that local governments and operators participate in this project so that it can become a good example of a successful coexistence case involving local residents and unpleasant facilities," an unnamed ministry official was quoted as saying.

Currently, in South Korea, animal manure collected from dairy husbandry is created into solid and liquid fertilizers. However, such products were too rich in nutrients and sometimes made the soil toxic. Manure processing plants caused a bad smell and sparked protests by nearby residents and farmers.

The agriculture ministry said that it would lower the requirements for the operation of biogas production facilities to encourage small-and-medium-sized operators to join the project. The processing of animal manure will be diversified to create biogas, biochar and solid fuel. Biochar is a soil amendment produced using a pyrolysis technique involving extreme heat and pressure.

The ministry also opened a way for biogas operators to win the hearts of nearby residents by allowing them to build a small-area hot water supply system that uses residual heat produced by biomass processing plants. The requirements for the minimum processing capability of a biowastes processing facility at farms were lowered to 50 tons per year from the current 70 tons to encourage pig farmers to build their own biogas processing facility.