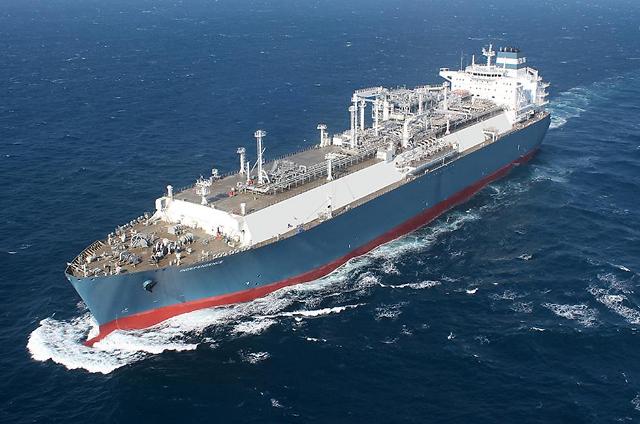 SEOUL -- South Korea's Hyundai shipbuilding group launched a joint project to develop a liquefied hydrogen fuel tank for ships. The project aims to test-produce a fuel tank for small ships by the end of this year before embarking on the development of tanks for large vessels. The advantage of liquefied hydrogen is its high density compared to compressed gas, which means that more energy can be contained in a given volume for easy transportation.

KSOE is incharge of designing a dual structure to minimize the natural vaporization of hydrogen by increasing vacuum insulation performance. POSCO will develop stainless steel for storing and transporting liquid hydrogen. Hyrium is responsible for manufacturing tanks. KRISO will support safety research.

Because hydrogen has a very low volumetric energy density, transporting hydrogen in gas or liquid forms is not very efficient. Hydrogen is extremely flammable when it is mixed with very small amounts of air. The liquefaction of hydrogen requires cooling to a temperature of minus 253 degrees Celsius and subsequent storage in cryogenic containers.

Liquid hydrogen is essential in a government campaign to expand the use of fuel cells. In May, Korea Gas Corp. (KOGAS) tied up with GS Caltex to establish a hydrogen value chain and build a liquid hydrogen plant with an annual production capacity of 10,000 tons by using waste cold energy generated from the regasification of liquefied natural gas (LNG). The plant would be completed at the idle site of an LNG base in December 2024.