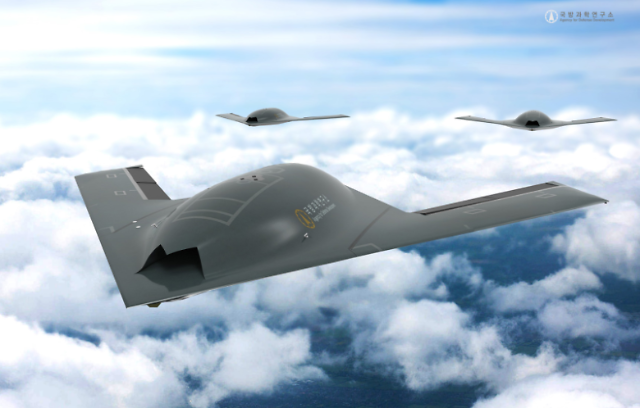 Unlike ordinary military unmanned aerial vehicles (UAVs) in the shapes of miniaturized airplanes, tailless drones do not have tail wings -- a vertical stabilizer (fin) and horizontal stabilizers -- to minimize radar cross-section (RCS), the area exposed to radar waves, and give the airplane stealth abilities. X-47B, a military tailless UAV under development by American aerospace technology company Northrop Grumman, is one of the world's iconic tailless drones.

The Agency for Defense Development (ADD) controlled by the Defense Ministry said in a statement on September 7 that the agency has acquired core technologies for tailless drones through a five-year project that began in 2016. Through an RCS ground testing of a mock-up tailless drone applied with a radiation-absorbent material, a special polymer-based material that is normally applied to the surface of stealth military aircraft, researchers found ADD's drone has the low-observable ability.

The agency also created a miniature version of the drone for flight tests and demonstrated flight control algorithms. "We will focus on the upgrade of technologies for low-observable aerial vehicles," ADD said.