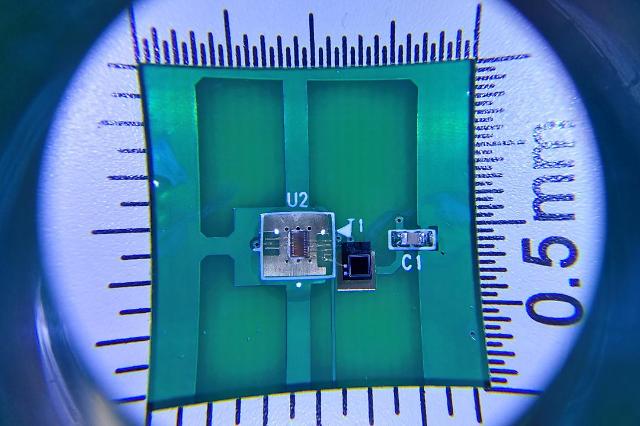 A joint research team from the state-run Korea Atomic Energy Research Institute (KAERI) and the Electronics and Telecommunications Research Institute (ETRI) would try to maximize the performance of beta quantum random number generator chips and promote commercialization for use in the cryptographic communication market for small Internet of Things.

"If this technology is commercialized, it will be the ultimate truce random number generator that can be installed in all types of computers, security systems, processors, and IoT modules," ETRI head Kim Myung-joon said in a statement on September 9.

Quantum true random numbers can be obtained by extracting random signals from the quantum mechanical physics phenomenon of a single photon or radiation isotope decay. While random signal extraction using a single photon may be affected by external factors such as temperature, signals extracted from the collapse of radioactive isotopes remain unaffected. Since beta rays have small energy, they can be used constantly without affecting the radiation detection sensor, resulting in the high-speed generation of random numbers, according to KAERI.

The institute said that researchers have miniaturized the core circuits of beta quantum random number generators by applying technologies such as low noise complementary metal oxide semiconductor (CMOS) and thin-film manufacturing that coats a very small amount of nickel-63. To catch the signal of beta rays with small energy, the noise of the semiconductor itself must be reduced. Using low-noise CMOS technology, signal processing circuits can be integrated to reduce the size and minimize noise.