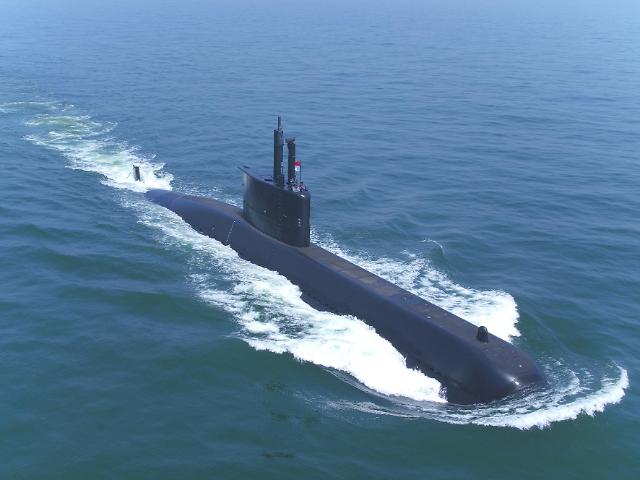 The rate of localization stands at 80 percent, improving the export competitiveness of homemade submarines, according to the Defense Acquisition Program Administration (DAPA), a state body controlled by the defense ministry. Chun Yong-kyu, a senior DAPA official in charge of submarine development, said in a statement on September 10 that the construction of 3,600-tons submarines would promote South Korea's "outstanding" submarine construction technology.

South Korea has a three-stage project called KSS (Jangbogo) to develop a fleet of submarines. Through the first phase, nine 1,200-ton diesel-electric submarines have been built with technical help from Germany’s Howaldtswerke-Deutsche Werft (HDW). The second phase calls for the construction of six 1,800-ton vessels. Through the third phase, submarines of 3,000 tons or more are to be built.

The first 3,000-ton submarine named "Dosan Ahn Chang-ho" was delivered for naval missions on August 13. It is 83.5 meters long and 9.6 meters wide and can operate underwater for 20 days without surfacing by using an air-independent propulsion system (AIP). The 3,000-ton submarine has a vertical launch pad capable of firing six submarine-launched ballistic missiles (SLBMs) in a cold launch method.

There was no official confirmation, but Yonhap News reported on September 7 that a homemade SLBM has been successfully tested. As a result, South Korea has virtually completed the development of SLBMs, becoming the world's eighth SLBM holder after the United States, Russia, Britain, France, India, China and North Korea, Yonhap said, adding South Korea's SLBM named "Hyunmoo 4-4" was based on a Hyunmoo-2B ballistic missile that can fly over 500 km.