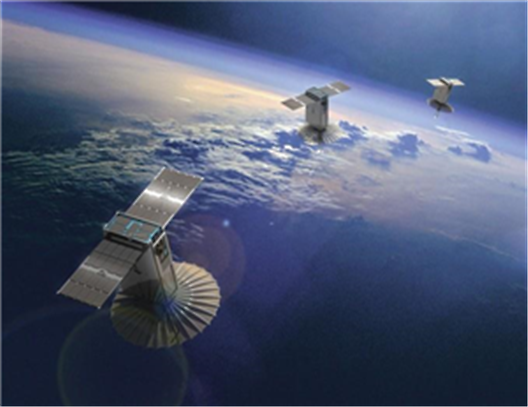 SEOUL -- South Korea disclosed a military project to establish a fleet of ultra-small spy satellites that would be used to quickly detect asymmetric threats from North Korea's nuclear weapons and missiles. The project begins in 2022 to launch the first ultra-small satellite in 2025.

A reconnaissance system using a fleet of ultra-small satellites placed in low orbit can closely monitor areas that a military spy satellite being developed under the supervision of the Agency for Defense Development (ADD), a state-run defense technology research body, may miss, DAPA said. The military reconnaissance satellite under development will be equipped with high-performance image radars and optical equipment.

In June 2021, Economy and Finance Minister Hong Nam-ki proposed the development of more than 100 ultra-small public satellites for defense and telecommunication by 2031.