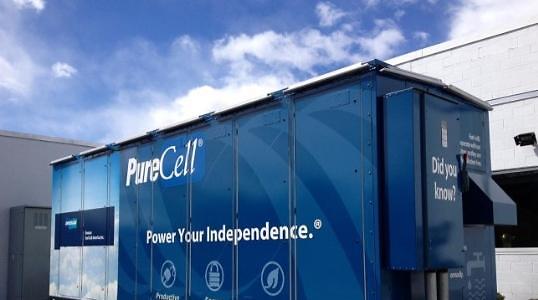 Doosan Fuel Cell said it would install four 440-kilowatt fuel cells as a distributed power source to supply electricity as well as heat for cooling and heating to apartments and buildings in the Nanhai District of Foshan, Guangdong. Distributed energy systems, which generate and store power near the point of consumption, can accommodate a variety of renewable and alternative energy sources.

Doosan Fuel Cell vowed to actively expand the supply of hydrogen fuel cell power generation in China. "Based on this first export, we will step up efforts to expand the market by supplying hydrogen fuel cells to Shandong Province and Beijing," CEO Yoo Soo-kyung was quoted as saying. The Ministry of Trade, Industry and Energy pledged full government support so that Doosan and other domestic companies can greatly improve the efficiency of fuel cells and lower unit prices.

South Korea is investing heavily to utilize hydrogen fuel cells as a new power source. In March, Doosan Fuel Cell partnered with the Hyundai shipbuilding group to co-develop a megawatt-class solid oxide fuel cell (SOFC) system for vessels that will use liquefied natural gas to have a power output of more than 40 percent compared to conventional diesel engines.