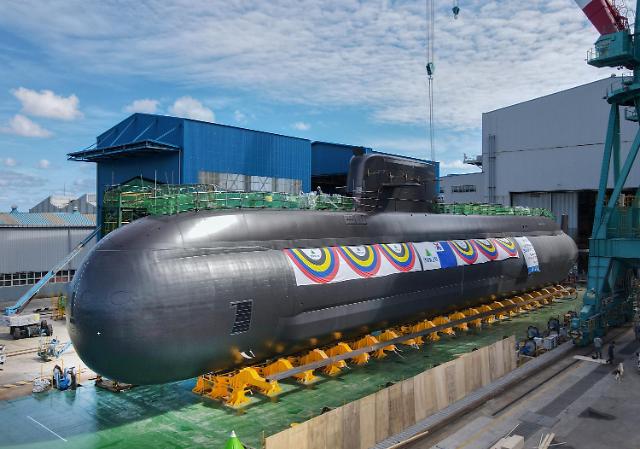 On September 15, President Moon Jae-in observed the test launch of a ballistic missile from a 3,000-ton submarine. The launch of South Korea's SLBM, based on a Hyunmoo-2B ballistic missile that can fly over 500 kilometers (310 miles), was possible after Washington lifted restrictions on missile development at summit talks between U.S. and South Korean leaders in May 2021.

South Korea has a three-stage project called KSS (Jangbogo) to develop a fleet of submarines. Through the first phase, nine 1,200-ton diesel-electric submarines have been built with technical help from Germany’s Howaldtswerke-Deutsche Werft (HDW). The second phase called for the construction of six 1,800-ton vessels. Through the third phase, submarines of 3,000 tons or more are to be built.

The 3,600-ton submarine armed with torpedos, guided missiles and sea mines can sail at a maximum speed of 37 km per hour with 50 crew members on board. It is 89 meters long and 9.6 meters wide. The first 3,600-ton submarine is set to be deployed for naval missions in 2027 and the second one a year later.