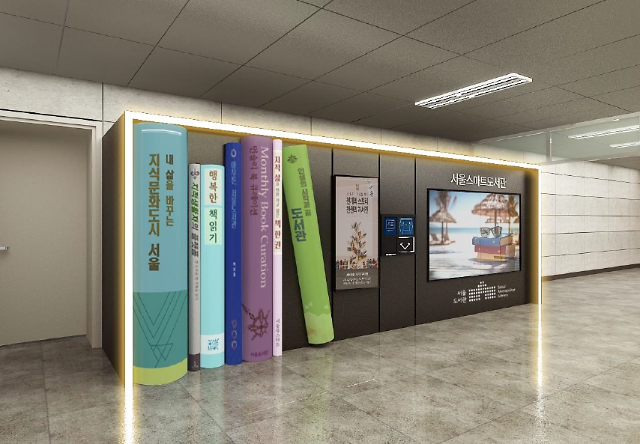 SEOUL -- Seoul Library, operated by Seoul City, opened an unmanned library at a subway station where citizens can borrow books through an automated system. The robot librarian is always online so that book lovers can borrow and return books at any time. People can visit the automated library late at night or early in the morning to avoid coming in contact with crowds of people.

Data released by Statistics Korea in September 2021 showed that public libraries were open for an average of 187 days in 2020, down 36.4 percent from a year earlier. The average number of visitors per library in 2020 was 76,431, down 69.5 percent on-year and the number of loaned books decreased 14.8 percent.

Smart libraries are automated unmanned libraries installed in areas with heavy human traffic. Because citizens can borrow and return books 24/7, automated library systems are favored by workers and students who find it hard to visit public libraries during operating hours.

Seoul Library's "Seoul Smart Library" started its operation at City Hall Station on Seoul Subway Line 1 on October 7. The automated system that has about 1,000 books is one of the largest smart libraries in South Korea. Anyone can borrow books after receiving a membership card through the "Seoul Library" app. A person can borrow two books at a time for 15 days.

"We will continue to expand automated library services and provide an environment where citizens can easily borrow books they want at any time," the head of the Seoul Library was quoted as saying.