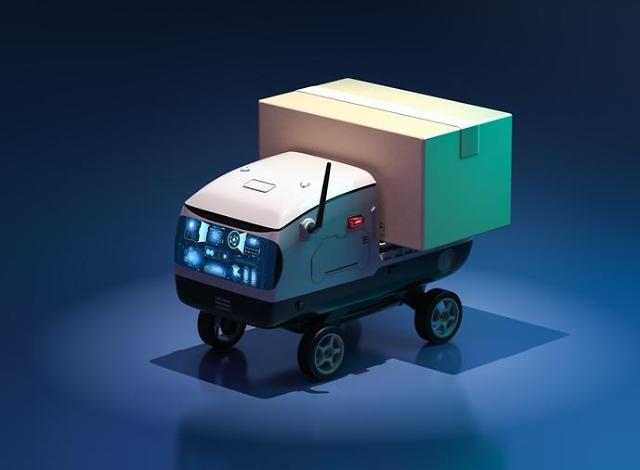 SEOUL -- A state-run research body in South Korea has developed an autonomous robot that can follow human co-workers around a farm to carry harvested crops and cargo. Autonomous robot helpers are used in farms where many chores are done manually. South Korea's agriculture industry mainly relies on robots made by foreign companies.

The Korea Institute of Planning and Evaluation for Technology in Food, Agriculture and Forestry (IPET) said that its newly-developed robot can navigate around a farm to carry crops from a paddock to a warehouse. The localized robot helper is about the half price of its foreign counterparts and costs some 15 million won ($12,573).

"It is important to accelerate the digital transformation and automation of farm equipment in order to increase farmers' profits and produce high-quality crops," IPET head Oh Byung-seok said in a statement on October 13. The robot will help farmers concentrate on the tending of crops.

Autonomous robots that follow the heels of co-workers have been tested in various sectors. In 2020, South Korea's top telecom company KT showcased 5G-connected autonomous cargo robots that carry heavy parcels around a logistics warehouse. The company found that human workers were able to reduce the distance they travel by 47 percent thanks to smart robots navigating around a warehouse to carry heavy cargo.