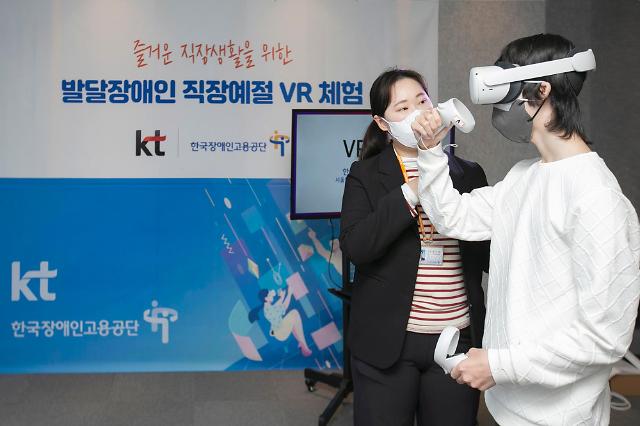 According to government data, about 2.6 million South Koreans were registered as people with developmental disabilities as of 2020. About 24 percent have simple labor jobs mainly at small and medium-sized enterprises including fast-food restaurants and mechanical workshops. The average employment period is five years.

The training program is designed to generate environments such as the inside of a subway train and an elevator to simulate everyday situations for trainees who are about to get their first jobs. Students wearing a VR device can preemptively experience such situations to mentally prepare for their real-life at workplaces.

"I was scared by the fact that I will be going to work in the near future. But now, I am confident because I was trained using VR technology," an unnamed trainee was quoted as saying. KT said that the company focuses on providing continuous support for job trainees rather than offering a single VR session.