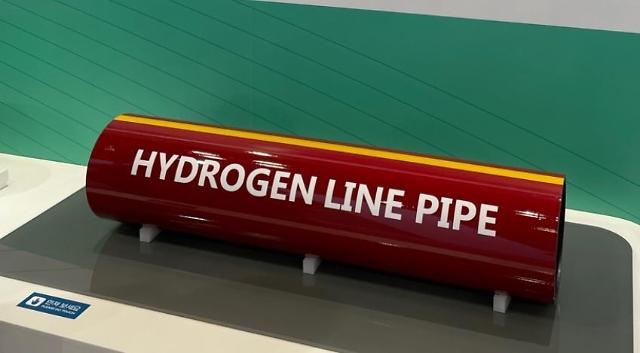 
SEOUL -- South Korea's steel group POSCO has developed large-diameter pipes that would be used for the transportation of hydrogen gas at domestic hydrogen pilot cities by using a new steel material that greatly improved the lifespan and safety of welded connections to withstand rupture or corrosion.

Imported seamless steel pipes with a diameter of less than six inches have been mainly used for hydrogen transfer pipes, but South Korean cities designated for hydrogen pilot projects would use pipes with an eight-inch diameter. POSCO would start supplying hydrogen pipes to Ansan, an industrial city southwest of Seoul.

Usually, welding steel pipes are used as large-diameter pipes, but securing the safety of welding portions was an obstacle. POSCO said the weld of its pipes demonstrated the world's best safety to withstand shocks even at minus 45 degrees Celsius.