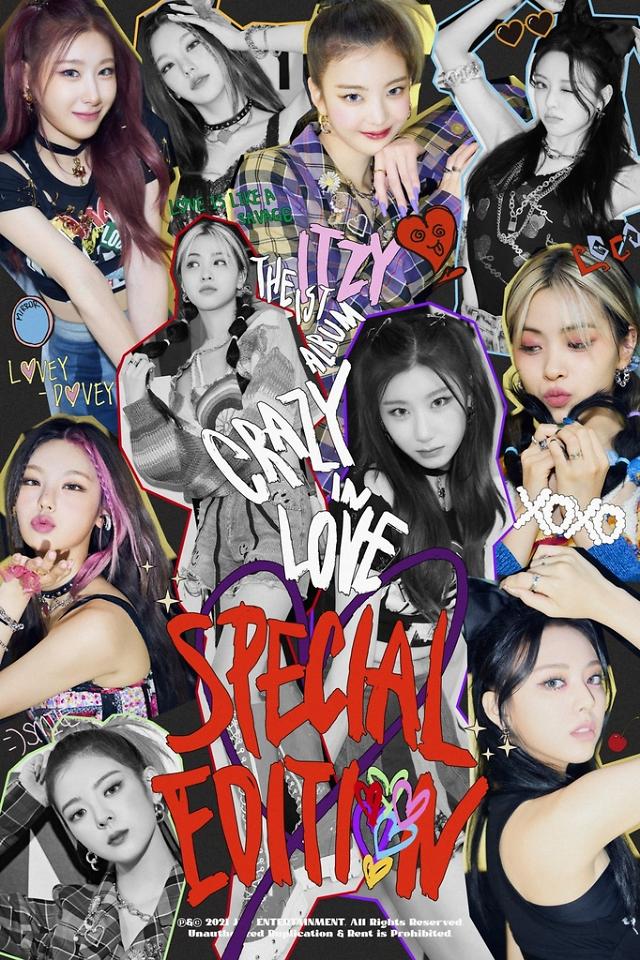 SEOUL -- K-pop girl band ITZY will release a special edition of its first official album "Crazy in Love" on October 22, South Korea's K-pop powerhouse JYP Entertainment said in a statement. This is the first album scheduled to hit the shelves after "MIDZY," a single track released in March 2021.

Crazy in Love was released in two years and seven months since the five-member band's debut. The album's title song "LOCO" gained more than 50 million views on YouTube during the first five days of release and "SWIPE" also surpassed 10 million views as of October 20. The special edition album has been on pre-sale since October 15.

ITZY debuted in 2019 and earned the title of "Super Rookie" with hit songs such as "DALLA DALLA," "ICY," and "WANNABE." The band is also popular for its self-made video content such as performance videos uploaded onto YouTube. In March 2021, the group released a dedicatory song named after the band's fan club "MIDZY" through an online fan meeting event. The song was released in both Korean and English. The song was showcased through the online fan meeting on March 20 using V Live, the live broadcasting app service unit of South Korea's largest web company Naver.
© Aju Business Daily & www.ajunews.com Copyright: All materials on this site may not be reproduced, distributed, transmitted, displayed, published or broadcast without the authorization from the Aju News Corporation.