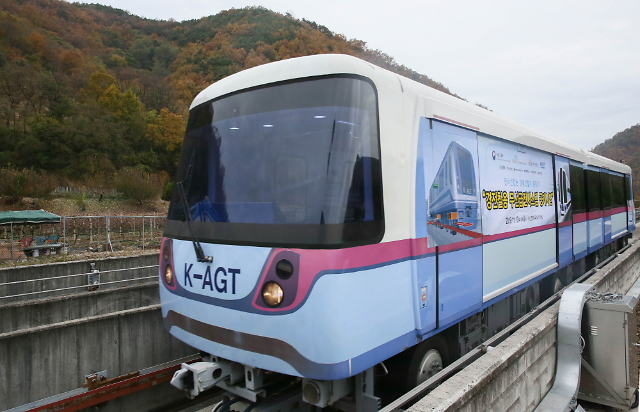 The institute has completed a 40,000-kilometer (24,850-mile) test run at its test line in Gyeongsan to ensure the stable operation of its wireless power supply system and verify the performance and effectiveness of technology by implementing 1MW power, the world's largest capacity. The introduction of wireless power supply technology in the 200m acceleration section can remove long high-pressure wires installed along the track.

While existing systems expose high-voltage wires and make wires installed on walls or upper parts stand out, KRRI said its wireless power supply lines are covered with insulating covers and can be installed or buried on the floor, greatly improving safety and urban aesthetics. "The paradigm of power supply is changing with wireless technology," KRRI president Han Seok-youn said in a statement on October 20.

The IEC ad-hoc group deals with the interoperability and safety of a dynamic wireless power transfer (WPT) system for railways. Cordless charging uses magnetic waves. There is no risk of electric shock, and WPT can reduce tunnel construction costs and fine dust generation. It is possible to freely select the location of stations and increase the length of routes and battery usage time, and reduce waiting time for charging.