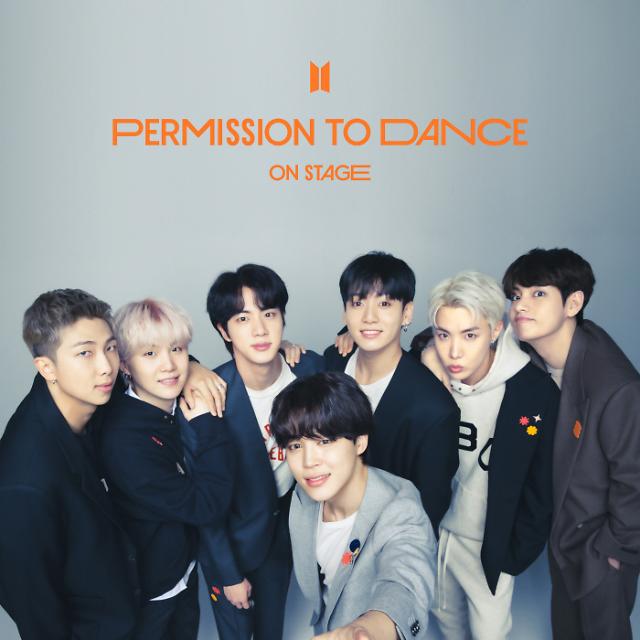 SEOUL -- Through cutting-edge technologies, K-pop sensation BTS will hold "Permission To Dance On Stage," the first online performance after "Map of the Soul ON:E," a virtual concert held in October 2020. The seven-member band will deliver mind-blowing sensations to fans using a gigantic LED screen and other stunning visual technologies.

Permission To Dance On Stage will be live-streamed through an online event in Seoul on October 24. The event will be filmed at the Seoul Olympic Main Stadium in southern Seoul using "Multiview" live streaming technology, Big Hit said in a statement. In June 2020, Big Hit signed a strategic partnership with Kiswe, an American live streaming solution company specializing in Multiview streaming. Through the Multiview service, fans can choose different angles of BTS' concert stage in real-time.

Big Hit will also use a gigantic LED screen to display realistic performances using the "Visual Effect View" technology. Fans can watch a screen that displays both lyrics and special effects simultaneously.

"We have specially selected songs which our fans would like to enjoy in a concert. Also, we chose songs that would match performances for large-sized concert venues," Big Hit said, adding that the agency had put a lot of effort into preparing the right stage equipment such as a gigantic LED screen. The setting of the stage will be changed depending on the vibe of the song.

To comfort global fans grounded by a coronavirus pandemic, BTS has interacted with their fans through online live concerts using various digital and social media platforms. In June 2020, BTS was praised by South Korea's culture minister for attracting about 756,600 fans through its live online concert using advanced technologies including 5G, artificial intelligence (AI) and virtual reality (VR). It was the world's largest paid virtual concert performed in a special studio.