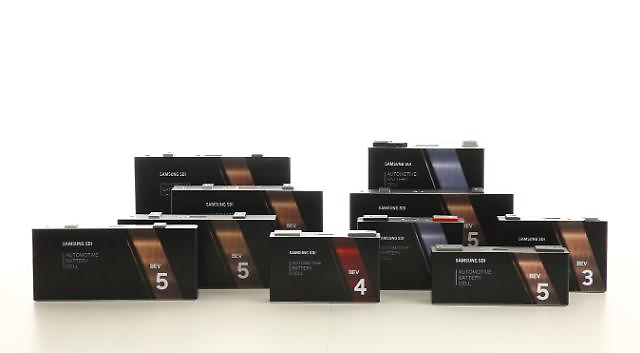 
SEOUL -- Through a joint venture with Stellantis N.V., an automotive manufacturing company headquartered in Amsterdam, Samsung SDI, the battery-making unit of South Korean tech giant Samsung Electronics, secured a solid foothold for its presence in the United States, following suit with domestic rivals which have aggressively expanded their production capacity in crucial overseas markets.

Stellantis and Samsung SDI announced business ties on October 22 and agreed to form a joint venture to produce battery cells and modules for North America. Targeted to start in 2025, the plant aims to have an initial annual production capacity of 23 gigawatts hours, with the ability to increase up to 40 gigawatts hours in the future. Financial terms and other details such as the location of their plant were not disclosed.

Batteries produced at the joint venture will be used for Stellantis' assembly plants throughout the US, Canada, and Mexico for installation in next-generation electric vehicles ranging from plug-in hybrids to full battery vehicles that will be sold under the Stellantis family of brands.

Stellantis said it is now well advanced in the process of securing annual production capacity, paving the way to achieving 40 percent of its sales in the US by 2030. "With the forthcoming battery plants coming online, we will be well-positioned to compete and ultimately win in the North American electric vehicle market," said Stellanti CEO Carlos Tavares. Stellantis was formed in 2021 on the basis of a 50-50 cross-border merger between the Italian-American conglomerate Fiat Chrysler Automobiles and the French PSA Group.

This would be Samsung SDI's first battery plant to be built in the US. The South Korean company operates overseas battery plants in Hungary and China. "With this battery joint venture, we will do our best to meet the high standards of our customers in the North American EV market leveraging Samsung SDI's battery technology, high-quality products and safety measures," said Samsung SDI CEO Jun Young-hyun.

The partnership between Samsung SDI and Stellantis came four days after Stellantis and LG Energy Solution (LGES), the battery-making wing of South Korea's LG Group, agreed to form a joint venture to produce battery cells and modules for North America. The joint venture plant with an annual production capacity of 40 gigawatts hours is targeted to start by the first quarter of 2024. Construction is to take place in the second quarter of 2022.

There was no explanation on why Stellantis sealed two separate contracts with South Korean companies. There are three types of batteries - prismatic, pouch and cylindrical. SK Innovation (SKI) and LGES have mainly supplied pouch-type batteries, while Samsung SDI has secured a competitive advantage in terms of performance and cost by producing prismatic lithium-ion batteries from 2008.

Cylindrical cells have high specific energy and good mechanical stability, but they are commonly used for portable applications. Prismatic cells are encased in aluminum or steel for stability and satisfy the demand for thinner sizes. Wrapped in packages, prismatic cells make optimal use of space and allow flexible design but they can be more expensive to manufacture and have a shorter cycle life than cylindrical design.

Pouch cells use laminated architecture in a bag, offering a simple, flexible and lightweight solution to battery design. They are light and cost-effective but exposure to humidity and high temperature can shorten life. Swelling is a concern.