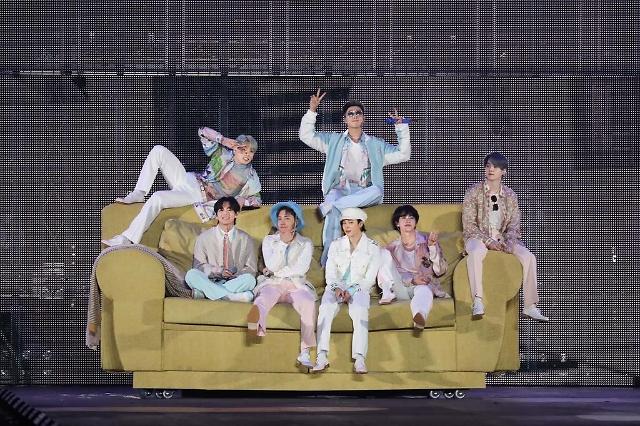 SEOUL -- "Permission To Dance On Stage," K-pop band BTS's online concert was watched by fans from some 197 countries on October 24, the seven-member bands' label said in a statement on October 25. The agency did not disclose the total number of viewers. Through the band's first online concert of 2021, BTS greeted fans with stunning visual effects created using a gigantic LED screen measuring 50 meters long and 20 meters high. Fans were able to watch a screen that displayed both lyrics and special effects simultaneously.

BTS will hold "BTS Permission to Dance on Stage - LA" at SoFi Stadium in Los Angeles on November 27 and 28, and December 1 and 2. The concert will be BTS's first offline concert in about two years after the band's "Love Yourself: Speak Yourself" world tour held in Seoul in October 2019. Big Hit Music will stream the concert live at YouTube Theater, a live theater in LA with 6,000 seats. Tickets for the live streaming will be sold separately.