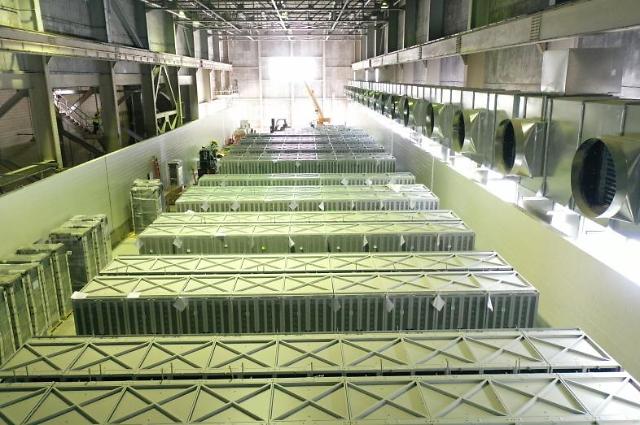 
SEOUL -- In a bid to gain a competitive edge in a battery war especially with Chinese rivals, South Korean companies led by LG Energy Solution are finally working on the commercial production of low-cost electric vehicle batteries. It's not a skill but a matter of will and choice as South Korea's battery industry has accumulated sufficient technology.

South Korean battery makers have tried to produce efficient and high-end batteries, such as NCM that contains nickel, cobalt and manganese. The proportion of nickel is high so that battery producers can save costs and extend the driving range. Cobalt, an expensive rare-earth element widely used in lithium-ion batteries, is vulnerable to sudden price fluctuations. Nickel is cheaper than cobalt.

Meanwhile, Chinese companies have focused on lithium iron phosphate (LFP) batteries that use lithium iron phosphate as cathode material and a graphitic carbon electrode with a metallic backing as the anode. Cobalt-free LFP batteries offer low cost, low toxicity and long-term stability. The main drawback is lower energy density than that of lithium cobalt oxide.

Due to the rapid spread of electric vehicles, South Korean companies think about diffusion brands. LG Energy Solution (LGES) was the first to consider commercializing LPF batteries. "Considering the advantages of LFP materials, we are developing them for mass production first in the ESS market, where space or weight is not limited and cost competitiveness is important," a senior LGES official said at a conference call held by LG Chem on October 25.

LG Chem, the parent company of LGES, said it is developing a cobalt-free, low-cost material that can overcome the shortcomings of LFP batteries which have been adopted in low-end models for emerging markets. Top officials from SK On, the domestic rival of LGES, have also mentioned the possibility of developing LFP batteries.

To take the upper hand in competition with China, South Korea disclosed an injection of some 40.6 trillion won ($35 billion) by 2030 into its battery industry, at an event attended by President Moon Jae-in, battery makers and partner companies on July 8.