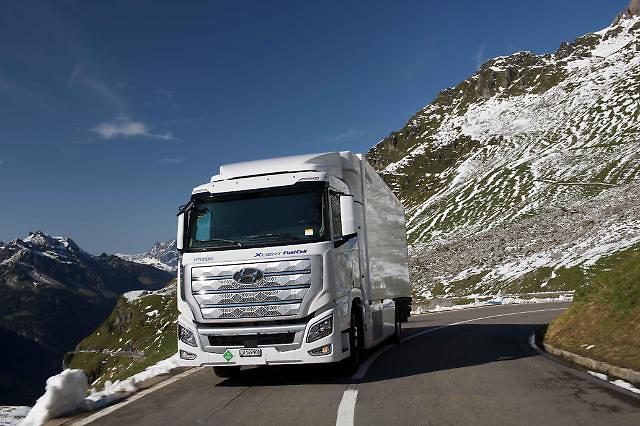 SEOUL -- Level 4 autonomous cooperative driving technology will be demonstrated on a real urban road with intersections and traffic signals. Infrastructure such as roadside base stations and precision electronic maps has been prepared to verify driving and communication performance using a total of 10 connected and self-driving cars.

Unlike autonomous levels 1, 2, and 3 that assist human drivers to conveniently reach their destinations, level 4 is fully autonomous. A level 4 self-driving vehicle does not require a driver or a steering wheel. It navigates around places by communicating with on-road structures such as traffic lights and pedestrian crossings and other vehicles.

The demonstration of level 4 autonomous cooperative driving technology will be conducted for two days on October 27 and 28 on the 1.2 km uncrowded and straight section of a road in Hwaseong City, about 30 kilometers (18 miles) southwest of Seoul, according to the Ministry of Land, Infrastructure and Transport, which launched a state project involving 24 state bodies, private companies and college research teams.

"The results of this study are meaningful in that it introduced level 4 autonomous cooperative driving technology that can be operated on complex urban roads," Kim Jung-hee, a ministry official in charge of automobile policy, said in a statement on October 26. "We will actively support private technology development to develop level 4 self-driving cars at a more advanced level and establish an autonomous cooperative driving environment."

The event will showcase three-year research results on technologies that support autonomous driving through vehicle-to-vehicle (V2V) and vehicle-to-infrastructure (V2I) communication. A scenario was drawn up by combining traffic conditions that can occur on urban roads such as a dilemma zone, blind spots, an unexpected situation, construction sites, and emergency vehicles.