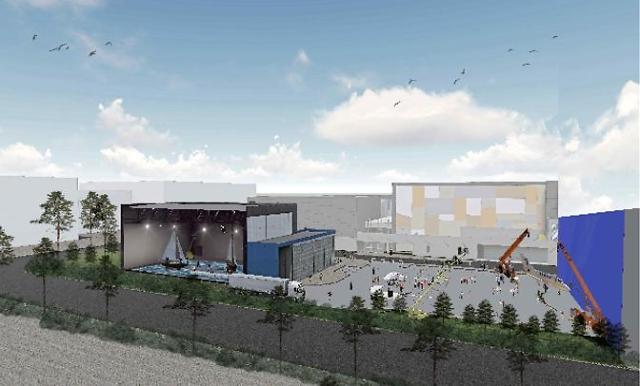 [Courtesy of the Ministry of Culture, Sports and Tourism]


SEOUL -- A multi-purpose indoor site for special shooting such as sea battles, artificial rainfall, and ship accidents will be built in South Korea’s largest state-run filming studio, Studio Cube, which played a key role in filming Squid Game, a survival drama television series streaming on Netflix. A large water tank, which is 30.4m long and 20.9m wide, will be installed in the complex by December 2022.

The special filing site is designed to meet growing production demand for Hallyu (Korean cultural wave) content, according to the Ministry of Culture, Sports and Tourism. "Support for video production infrastructure to realize unlimited imagination is a very important factor in the birth of global K-content," Jo Hyun-rae, head of the Korea Creative Content Agency (KOCCA), a government agency charged with governing cultural content, said in a statement on October 26.

Studio Cube, established in the central city of Daejeon in 2017, is a two-story building with floor space of 32,040 square meters. The facility is equipped with a supersized studio and four general studios including one equipped with a four-sided chromakey to facilitate visual effects (VFX) shooting. VFX is the process by which imagery is created or manipulated outside the context of a live-action shot in filmmaking and video production. The integration of live-action footage and computer CG elements to create realistic imagery is called VFX.

In April, Dexter Studios, a VFX company in South Korea, was selected for a state project to improve VFX technology and lead the development of an operating system and plug-ins that can utilize universal scene description (USD), an easily extensible, open-source 3D scene description and file format for content creation and interchange among different tools.