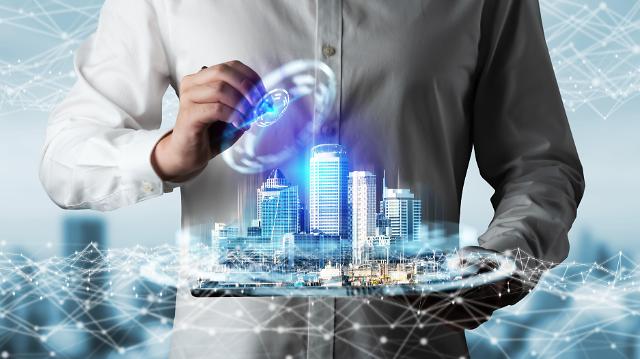 SEOUL -- The southern port city of Ulsan has formed a business council to prepare for the establishment of a smart city platform in South Korea's iconic seaside industrial city. The next-generation city infrastructure will improve citizens' quality of life and establish a sustainable urban environment. South Korea has entered an early stage of smart city development where cities are connected via wireless networks to efficiently manage various urban problems.

A smart city is an integrated web of devices and networks that allows citizens to enjoy a convenient life by solving traffic, environmental issues and facility inefficiency using advanced information and communication technology (ICT). A smart city platform can use artificial intelligence (AI) and big data to process real-time information collected through various kinds of sensors installed throughout the city. Based on collected information, city operators can quickly make choices to resolve problems or analyze data to set up future plans.

Ulsan said in a statement on October 28 that the city's business council was launched to come up with various plans to build a smart city. Overall issues including blueprints for smart city establishment, managing and operating infrastructure, and processes for completion inspection will be discussed. The council will also set up mid-to-long-term plans for smart city vision and promotion strategies between 2022 and 2026 as well as building an Ulsan-type smart city model. The city hopes to build a sustainable industrial city and improve people's value of life through digitalization.

The central administrative city of Sejong, which was built on a smart city platform, has infrastructure that incorporates artificial intelligence (AI), big data, and autonomous technologies. Due to its advantage as an administrative city with lesser traffic, researchers can safely test newly invented self-driving cars in Sejong. In June 2020, South Korea's mobile carrier LGU+ teamed up with Autonomous a2z, a domestic self-driving technology solution developer, to demonstrate and commercialize autonomous vehicle technologies in the city.

In October 2021, the demonstration of 5G-based smart service robots began in a shopping area at Daejeon some 145 kilometers (90 miles) south of Seoul. The city mobilized 15 robots for various services such as barista, delivery, guidance and patrol.