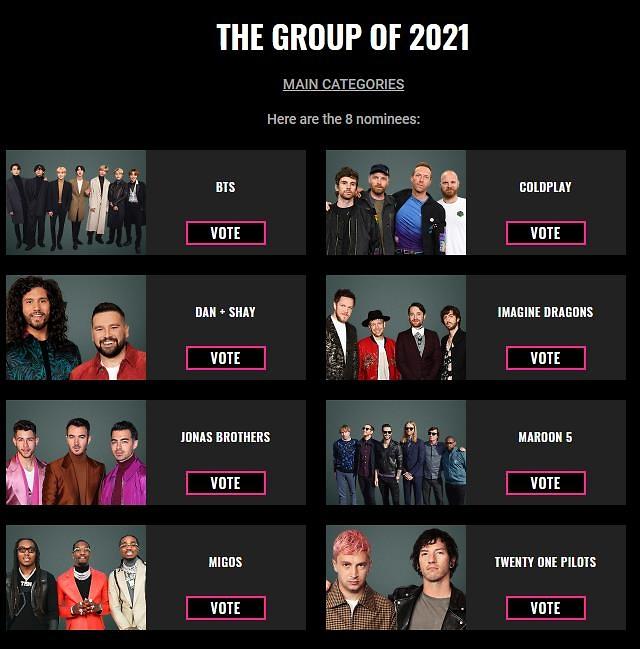 According to the website of the event's operator on October 28, the seven-member band was selected as nominees in three awards categories of "GROUP OF 2021," "SONG OF 2021" and "MUSIC VIDEO OF 2021." The awards ceremony will be held on December 7 in Santa Monica, California.

BTS made history with the band's songs -- "Butter," released in May 2021, and "My Universe," a collaboration single released in September 2021 with Coldplay, a five-member British rock band. Butter topped the Billboard singles chart in 2021. My Universe grabbed worldwide attention, surpassing 80 million views on YouTube within a month. In the music video, BTS and Coldplay sang the song in both Korean and English.

The iconic K-pop band has collaborated with various global pop stars including Nicki Minaj and Halsey. Nicki Minaj featured in BTS' song "IDOL" in 2018 which ranked at No.11 on Billboard Hot 100. Halsey featured in the band's music video, "Boy With Luv" and performed the song with BTS members at the 2019 Billboard Music Awards.