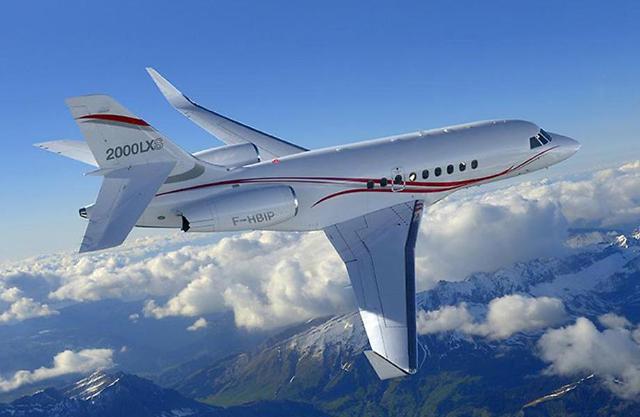 
SEOUL -- Korea Aerospace Industries (KAI), the sole aircraft maker in South Korea, has been selected as the preferred bidder for a military project to develop the operation and mission system of new medium-altitude spy planes with domestic technology. It is the second-round program to enhance the performance of Baekdu-class planes.

The Defense Acquisition Program Administration (DAPA), a state arms procurement agency, has launched a project worth 877.5 billion won ($745.6 million) to turn four Falcon 2000LXS midsize business jets from Dassault Aviation into Baekdu-class reconnaissance planes over five years. Dassault's 2000LXS features a reduced landing distance that allows for more access to airports for takeoff and landings compared to other aircraft in its class.

KAI said in a statement on November 1 that it would lead the system integration of major equipment and the development of a ground system. LIG Nex1 will be responsible for the development of mission equipment. "The project to improve the performance of the Baekdu system is crucial for the development of the domestic aerospace industry, such as technology accumulation and job creation, as well as strengthening the power of the Korean military," an unnamed KAI official was quoted as saying.

Six Baekdu-class reconnaissance planes are in service. DAPA carried out its first system development project to reinforce the ability of Baekdu spy planes from 2011 to 2018 under the supervision of the Agency for Defense Development (ADD), a state defense technology research body.

To reduce its dependence on U.S. intelligence, South Korean troops have bolstered intelligence capabilities by purchasing more spy planes or upgrading the surveillance capabilities of those in service. For the mid-altitude Baekdu program mainly to intercept radio signals from electronic devices, South Korea has deployed RC-800s based on Raytheon's Hawker 800XP or Falcon 2000's modified aircraft.

South Korea's aerial reconnaissance system is based on E-737 airborne early warning and control (AEW&C) aircraft, RQ-4 Global Hawks and Baekdu planes. Four E-737s are already in service in South Korea. A high-altitude reconnaissance squadron with RQ-4 Global Hawk unmanned aerial vehicles has been set up to support ground troop actions by scanning and tracking the movement of enemy missiles and troops. RQ-4s will work with advanced stealth jets.