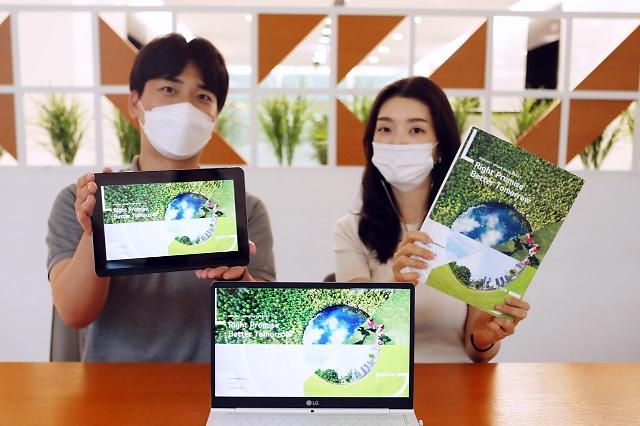 SEOUL -- A plant operated by LG Innotek, the electrical component wing of South Korea's LG Group, has received the ZWTL (Zero Waste to Landfill) platinum grade from an American global safety certification company. The platinum grade is given to companies or plants that achieved a 100 percent recycling rate.

LG Innotek said in a statement on November 2 that its plant located in the southern industrial city of Gumi received the platinum ZWTL certification from Underwriters Laboratory (UL). It was the first plant to receive the 100 percent recycling rate certification in the world's material and component industry.

About 22,000 tons of waste was recycled at the Gumi plant annually to reduce some 970 tons of greenhouse gases, LG Innoteck said, adding byproducts including glass and polymers were recycled into cement or raw materials for plastics. Metals such as gold and copper were retrieved from industrial waste sludge. The effect of carbon dioxide reduction is equivalent to planting 150,000 pine trees.

"We have focused on the green management that aims to leave no effect on the environment in an effort to become a sustainable company," LG Innotek's safety and environment management head Park Young-soo was quoted as saying.

Many South Korean companies including LG Innotek and its brother LG Group companies are trying to become greener by reducing carbon emissions. In July, Samsung Electronics revealed a plan to gradually replace all company internal combustion engine vehicles with electric and hydrogen fuel cell vehicles by 2030.