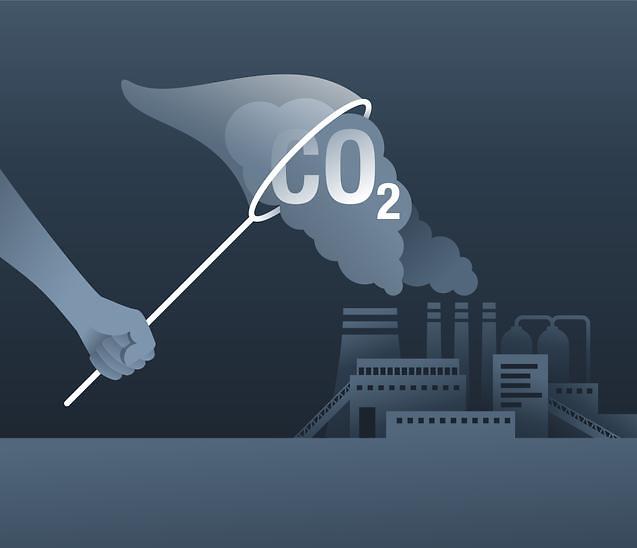 SEOUL -- South Korea can store some 730 million tons of carbon dioxide at offshore storage sites, which are available for obvious use, based on a six-month survey of territorial waters and exclusive economic zones. The survey was conducted as part of a government campaign to achieve net-zero carbon dioxide emissions by 2050 in response to a global agenda for fighting climate change.

In a seminar on November 3, the Ministry of Trade, Industry and Energy said that the government would invest up to 1.4 trillion won ($1.18 billion) to develop technology related to carbon capture and storage (CCS) by 2030. CCS is the process of capturing waste carbon dioxide, transporting it to a storage site and depositing it where it will not enter the atmosphere. The aim is to prevent the release of large quantities of CO2 into the atmosphere from heavy industry and limit climate change.

A research team has discovered CCS sites capable of keeping some 730 million tons of CO2 while an additional 200 million tons of storage is possible through an investigation into candidate sites with geological characteristics suitable for CCS, the ministry said, adding researchers think that the capacity of storage could be expanded to 1.16 billion tons through technology development.

The ministry would conduct drilling work to evaluate storage capacity in regions located more than 30 kilometers (18 miles) from the coast in exclusive economic zones. CO2 would be stored in a supercritical state at a depth of at least 800 meters. South Korea is pushing for an energy transition based on carbon capture and utilization technology under a road map that contained a broad national goal to achieve net-zero carbon dioxide emissions by 2050.