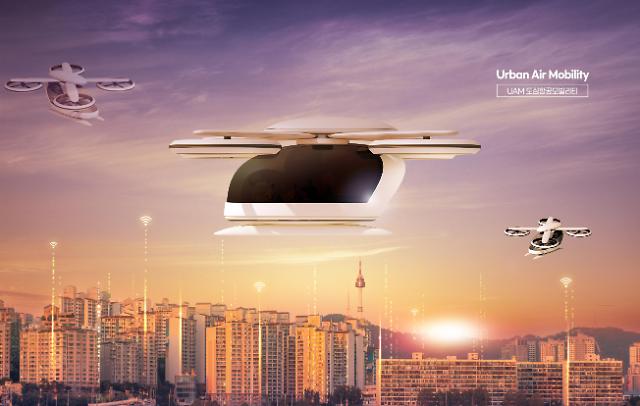 SEOUL -- A vertical takeoff and landing site for flying vehicles will be built in Goyang, a northwestern satellite city of Seoul, along with a flight control center, as part of a government project to prepare for the era of urban air mobility that incorporates drone taxis and personal flying vehicles.

South Korea aims to commercialize manned drone taxis in 2025. Remote-controlled vehicles will be adopted in 2030 and a fully autonomous service in 2035. A safety manager will board each flying vehicle until pilots are no longer needed.

Goyang signed a cooperative agreement on November 10 with Korea Aerospace University and the state-run Korea Institute of Civil Engineering and Building Technology to develop flight paths for drone taxis and build urban air mobility (UAM) infrastructure including vertiports, a control system and a test site.

Aerial vehicles will fly through corridors, or known as virtual channels in low altitude airspaces, to prevent accidents and improve the safety of pedestrians on the land. Fixed corridors will be operated during the early phase of UAM operation, while a dynamic corridor network will be established later. Vertiports will be placed on safe places like rooftops.