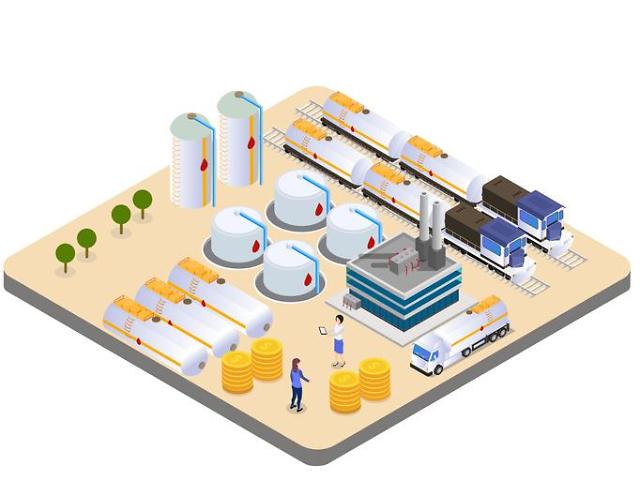 SEOUL -- South Korea launched a task force to speed up the commercialization of technologies using hydrogen and ammonia for power generation to reduce the use of fossil fuel for electricity generation. Gas turbines have become one of the most widely-used power generating technologies because they reduce the emission of fine dust and other air pollutants.

Ammonia, which is a compound of nitrogen and hydrogen, contains no carbon but it needs pilot fuel for combustion. Ammonia fuel generation is considered an ideal eco-friendly model because it does not emit any carbon dioxide. However, the combustion speed of ammonia as a fuel for power generation is far lower than liquefied natural gas (LNG), which is a conventional gas turbine fuel.

The Ministry of Trade, Industry and Energy launched a task force with South Korea's state utility Korea Electric Power Corp. (KEPCO) and public power companies to demonstrate the generation of electricity by using hydrogen and ammonia in coal or LNG generators. Greenhouse gas emissions can be reduced by using existing power infrastructure.

"In the era of carbon neutrality, the power industry needs drastic business reorganization, and it is necessary to go all out for the development and application of technology for new carbon-free power sources, based on the accumulated experience and technology," Kang Kyung-sun, a ministry official in charge of energy industry, said in a statement on November 16. He said hydrogen and ammonia can provide flexibility in response to variability in renewable energy.

Doosan Heavy Industries & Construction is involved in a project to demonstrate mixed hydrogen combustion technologies. The company also works with Korea Southern Power, a public power company, to demonstrate a gas turbine using green hydrogen that can be produced through electrolysis, a process of passing an electrical current through an electrolyzer to split water and release only hydrogen and oxygen.