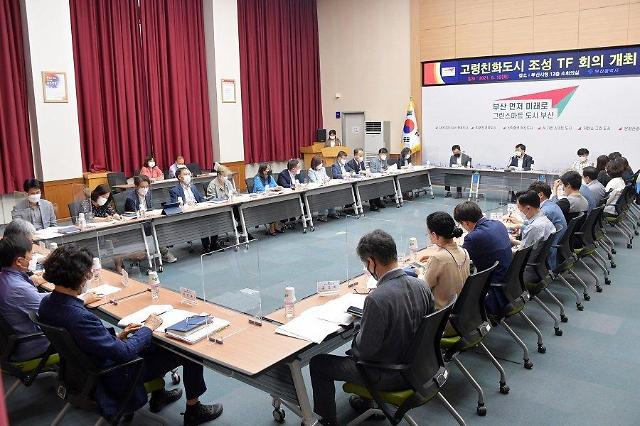 SEOUL -- Through a 2 billion won ($1.7 million) state project, the southern port city of Busan will operate medical buses to provide healthcare services for elderlies by visiting public facilities including daycare centers. The buses will focus on providing medical checks for old people.

Busan said in a statement on November 16 that the city will operate three medical buses for elderlies and provide healthcare services. The doctor buses, equipped with health monitoring devices, will start their operation in March 2022. Special healthcare programs will be also operated by assigning nutritionists and medical experts. Busan is planning to operate each bus three times a week. Busan with a population of some 3.4 million became a super-aging society in which senior citizens aged 65 or older accounted for more than 20 percent of the total population as of September 2021.

The number of single-person households has been significantly increasing in South Korea with a population of about 52 million. Data released by the national statistics office showed that 1.6 million are single households aged 65 or older. The proportion of old people who live alone is gradually increasing from 16 percent in 2000 to 19.6 percent in 2021. 43 percent of people who died of a lonely death in 2019 were elderlies.

According to the Ministry of Health and Welfare, the number of lonely deaths skyrocketed from 68 in 2011 to 1,145 in 2019. Data released by the Goyang Research Institute showed that the main cause of lonely death could be attributed to loneliness. Out of 1,245 lonely deaths in 2015, 931 were male. The state institute said it is hard for old men to resort to help when they are in need because they often isolate themselves from families, friends and relatives when they lose their jobs and cannot play the role of a family leader. To prevent lonely death, various technologies have been adopted such as Internet of Things (IoT) sensors that can detect temperature, humidity and movements in real-time. As of March 2020, Seoul has deployed 75,000 IoT sensors at the homes of single elderlies.