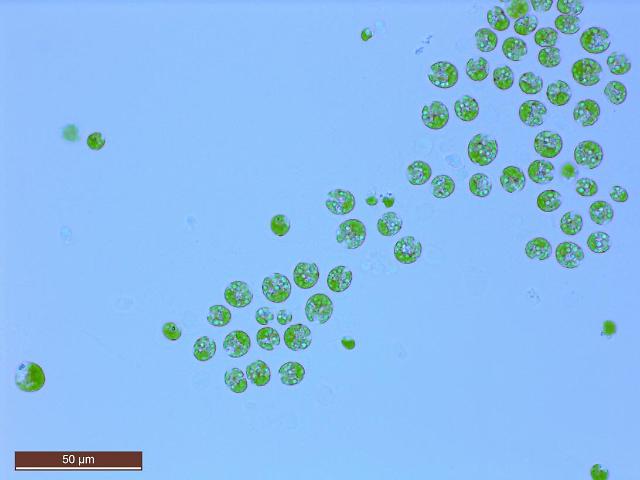 SEOUL -- Researchers from a state nuclear technology institute have developed a variome of microalgae that is more effective in producing biofuel than its brother species. The new type of green algae can also be used in the production of bioplastics.

Through photosynthesis, green algae use sunlight, water and carbon dioxide to create oxygen and energy in the form of sugar. Unconsumed sugar is stored inside cells in the form of starch. When green algae are fermented, starch turns into bioethanol, a zero-carbon principle fuel used as a petrol substitute.

The Korea Atomic Energy Research Institute (KAERI) said in a statement on November 17 that its team of researchers found a variome of Chlamydomonas, a genus of green algae, by exposing the microorganisms to radioactive rays. The new beefed-up algae can store up to twice as much starch and can grow 20 percent more than its original species.

"The newly-developed green algae can be used in the production of biofuel and bioplastic," KAERI researcher Ahn Joon-woo was quoted as saying. The researcher said that the microalgae will contribute to the establishment of a zero-carbon society.