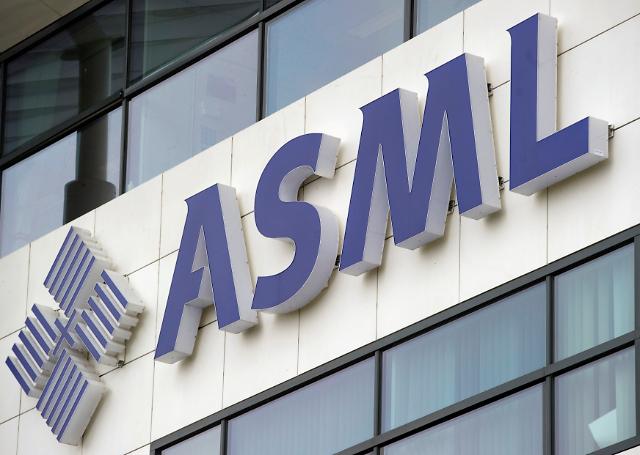 
SEOUL -- As a supplier of crucial equipment for the production of high-performance microchips, ASML Holding, a Dutch manufacturer of chip-making equipment, signed a deal to create a lithography cluster in South Korea by investing 240 billion won ($202 million) by 2024. ASML has provided extreme ultraviolet and deep ultraviolet lithography systems to South Korean semiconductor companies.

Silicon-based round disks called "wafers" are coated with a light-sensitive substance and enter a scanner in which a laser light source is cast to create patterns of circuitries, which later are used for forming ultrafine, microscopically small structures. Extreme ultraviolet (EUV) light wavelengths are used to expose an ultra-thin electrical circuit. Deep ultraviolet (DUV) photolithography is the process of defining a pattern in a thin photosensitive polymer layer (photoresist).

Under an agreement signed on November 18, ASML's cluster will be located in Hwaseong, about 30 kilometers (18 miles) southwest of Seoul, with facilities for experience, remanufacturing and training. The signing ceremony was watched by ASML CEO Peter Wennink and Trade, Industry and Energy Minister Moon Sung-wook at ASML's office in Hwaseong.

"This investment is expected to strengthen cooperation with ASML and the competitiveness of Korean companies that manufacture high-tech semiconductors," Moon said, calling for a stable supply of high-tech equipment related to semiconductor production.