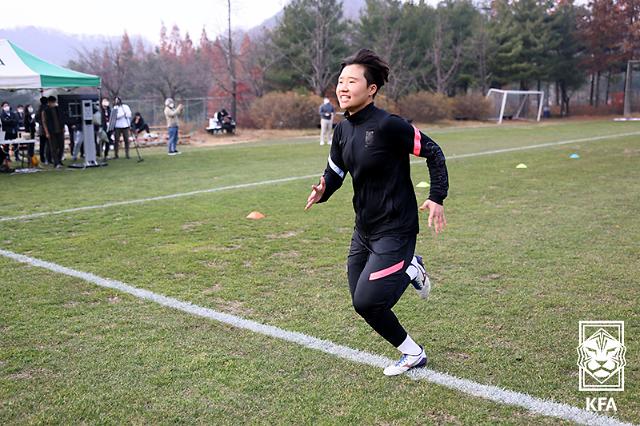 [Courtesy of the Korea Football Association]


SEOUL -- Researchers from a private research university developed a reliable GPS tracker for soccer players in a state-sponsored project to replace expensive foreign products. It satisfied the governing body of football through a successful test in the training of South Korea's U-19 women's national team.

The Korea Football Association (KFA) said the new GPS tracker called "ZEUS S20," developed by a research team from Pohang University of Science and Technology (POSTECH),  can save cost and improve the overall performance of Korean football players. Foreign products have been rented and used for national teams and soccer clubs.

"Now that high-tech domestic equipment has been produced, I hope it will be widely distributed not only to national teams but also to amateur teams, contributing to improving the performance of Korean football as a whole," KFA's technical committee head Hwangbo Kwan said in a statement on November 22.

GPS trackers are used by many soccer clubs to analyze the performance of players. Usually, such monitors are placed inside the back of a bra-like garment that goes underneath a training top or jersey. Coaches, medical staff and conditioning coaches are able to access reams of personal data.

Compared to existing products, ZEUS S20 applied more advanced GPS, heart rate sensors, and wireless communication technologies to accurately identify the location of players and collect personal data smoothly, KFA said, adding that it will be able to provide more scientific information on the players' ability to perform, fatigue, and the status of injury and recovery.

Power consumption, which has been the biggest technical challenge, was reduced by more than 30 percent. "It is fortunate that data sovereignty has been secured in global competition as it has been developed with domestic technology. Now that hardware development is complete, we only have to add software," POSTECH's sports industry support center head Kim Young-seok was quoted as saying.