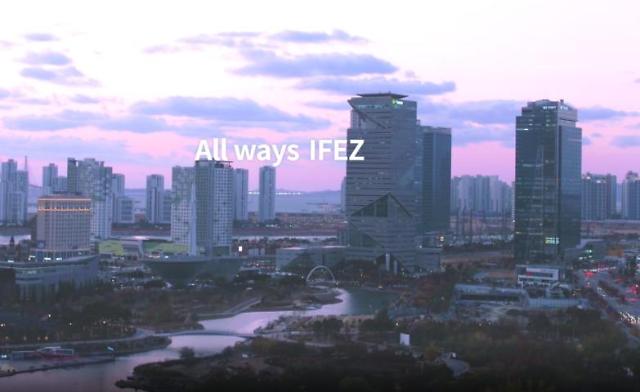 
SEOUL -- Construction of South Korea's largest cryogenic cold chain logistics center will begin in the first half of 2022 in Songdo, an international business district built on reclaimed land in the western port city of Incheon. Investors aim to nurture the center as an Asian cold chain hub targeting China and Southeast Asia.

A consortium led by EMP Belstar, an operator of cold chain logistics based in New York, would invest some 521.8 billion won ($440 million) by 2024 to build the cold chain logistics center in the waterfront city located in a vast free economic zone where various incentives such as tax reductions, estate support, and subsidies are given, according to Incheon Free Economic Zone Authority (IFEZ).

The center would serve as a cold chain logistics base in the metropolitan area and contribute to the distribution of biopharmaceuticals such as vaccines produced at a bio-industry cluster in Songdo, IFEZ said in a statement on November 22. "In the future, we plan to foster the cryogenic cold chain logistics complex as an Asian cold chain hub targeting China and Southeast Asia," an unnamed consortium official was quoted as saying.

The center would process 290,000 tons of frozen and refrigerated cargo annually using cold energy generated at a nearby liquefied natural gas (LNG) base used by KOGAS. LNG contains a large amount of cold energy that can be used for power generation, dry ice production, cold storage, rapid cooling, district cooling and other applications.