​Busan publicizes itself as perfect host for 2030 World Expo 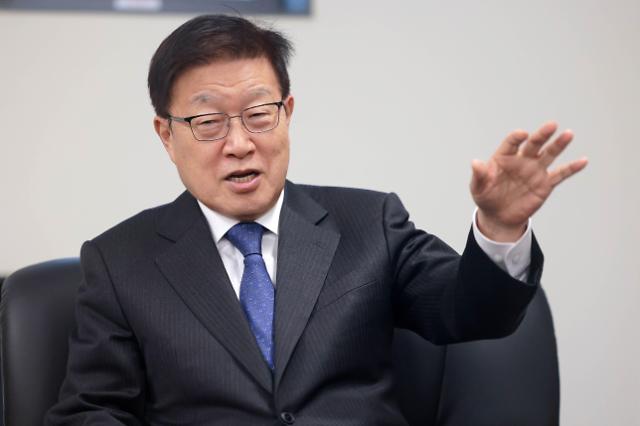 SEOUL -- "The World Expo can be regarded as the Olympic games for economic and cultural entities including nations, corporates, and other groups. The global event plays the role of a big stepping stone for the hosting country while it also provides various solutions for the future of men," said Kim Young-ju, who heads a committee to host World Expo 2030 in the southern port city of Busan, as he shared his own definition of the global fair.

South Korea joined the race to host the global economic event officially known as International Registered Exhibitions, which has been held every five years for six months. The venue becomes a showcasing ground for various enterprises, government organizations, research groups and civic groups. Many think it is the window to present future solutions and ideas to visitors.

A bid committee formed in June 2021 selected Busan as the ideal place to host the World Expo event. Other competitors are Russia, Italy, Ukraine, and Saudi Arabia. "The World Expo event is evaluated one of the world's top three events along with the Olympics and the World Cup," Kim, who serves as chairman of the Bid Committee for World Expo 2030 Busan, said in an interview with Aju Business Daily.

"Busan is a city that played a key role in the development of South Korea. Our country was once one of the world's poorest countries that survived on economic aids. We have now become a country that is providing aid to other countries. It is also highly competitive in terms of infrastructure," the 70-year-old former trade minister said, pointing to Busan's excellent infrastructure and geographical conditions as the country's main marine gateway and the world's fifth-busiest port backed by an airport and bullet train railway networks.

Busan with a population of 3.5 million is South Korea's second-largest city connected well to a web of expressways. "Not only Busan has fully integrated infrastructure, but also the city commands the know-how of operating global events and various world-class exhibitions," Kim said.

The committee's main topic is "Transforming our world, Navigating toward a better future," while its subtopics are "Sustainable living with Nature," "Technology for Humanity," and "Platform for Caring and Sharing."

"Through Busan Expo, we wish to contribute to the development of future humanity and create an environment for a bright future. We want to take the role of a bridge in accelerating global economic growth. South Korea, which was once a war-torn ruin, is now a developed country," Kim said. "As one of the world's top 10 economic powers, we will share our developmental know-how with developing countries and convey a message of hope and challenge."

The bid committee stressed that the Expo event in Busan could become a solution that would help address South Korea's social problem of Seoul-centered economic infrastructure. Kim said, "The event may provide us with a catalyst that will help South Korea accelerate balanced development."

With about two years to go before the selection of a host city by the Bureau International des Expositions (BIE), the bid committee will work on concrete plans and presentations while keeping a good relationship with other BIE member countries. The committee is closely working with big corporations including Samsung Electronics, Hyundai Motor and SK Group. Many medium-sized enterprises have also pledged full support through cooperation agreements.

"Because enterprises play the key role, we will continue to forge partnerships with more companies," Kim said. The event is a great opportunity for companies to show off technological capabilities as its impact is stronger than other ordinary international business events, Kim said, adding that it would bring an economic effect worth about 61 trillion won ($51 billion) to South Korea. The figure is based on data released by the Korea Institute for Industrial Economics & Trade in 2016.

It would also be an open channel to show off South Korea's artificial intelligence, big data, and information communication technologies to the world market and strengthen the country's brand value as a practical and formidable technology developer, said Kim.