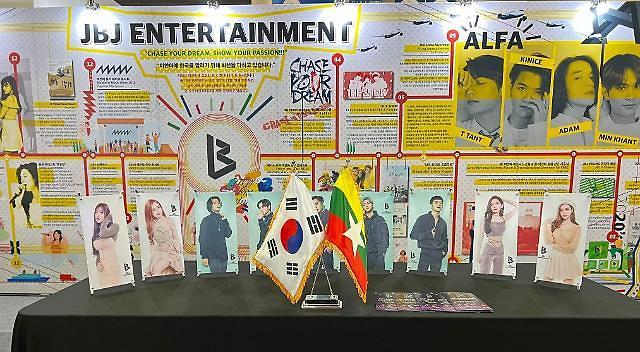 SEOUL -- When the 2021 Global Entertainment Expo (2021 GEE) was held on November 13~14 at KINTEX, a convention and exhibition center in Goyang, a northwestern satellite city of Seoul, the booth of JBJ Entertainment attracted quiet attention. It is the first Korean entertainment agency that has been set up in Myanmar to foster K-pop-style idols in the Southeast Asian country with members of local nationality and language.

Since JBJ started its K-pop entertainment business in Myanmar in 2016, the company has organized a series of big events. With the support of Samsung Electronics, it produced Myanmar's first K-pop TV audition program, Galaxy Star Myanmar, in 2017 and hosted Myanmar Music Wave, a K-pop festival that garnered 20,000 people in 2018, and a K-pop friendship concert in 2019.

JBJ's main mission in Myanmar is to support the activities of local artists who can digest K-pop, such as Adam, a male solo artist in 2017, and Lu Hpring, a female solo artist in 2018, as well as Rose Quartz, a girl group formed jointly with a Thai company. ALFA, a five-member boy band that debuted in 2019 was planned and fostered by JBJ. Such bands have created a new trend by combining K-pop with Myanmarese and Southeast Asian characteristics.

However, JBJ's work came to a stalemate due to a COVID-19 pandemic. Two leading JBJ officials, Kang Sung-won and Lee Geon-hak, returned to South Korea in April 2020 with their luggage packed only with a few clothes, leaving behind personal items such as computers and pianos as well as business records such as photos and documents intact in Myanmar. In February 2021, the two had tried to go back, but they were grounded again due to a military coup.

Kang, 30, and Lee, 32, set up a Korean corporation named Envision Friendship in South Korea, while essential personnel and offices in charge of management and contact with local artists in Myanmar are maintained. Kang serves as Envision Friendship CMO and Lee as manager.

Like the name of their Korean corporation, Kang and Lee were connected by friendship. They first met in an online game and developed friendship through music. Kang who has been involved in the K-pop entertainment business in Myanmar asked Lee, who majored in music, to work together. In 2018, Lee helped work on the demo of Lu Hpring's debut song arrangement. It was a surprisingly good match and the two found a kindred spirit.

Lee's trip to Myanmar was decided like fate because the Southeast Asian country provided an exit at a time when he thought of giving up music in a country full of many good musicians. An audio device importer offered a position as a store manager, but Lee left for Myanmar without hesitation to meet music again.

For Kang, Lee's arrival was a new opportunity because he was able to put his entertainment business on track. The debut of ALFA was approaching, but until Lee joined JBJ, there was no manpower to take charge of music. A year after the two worked together, ALFA made its debut safely. However, COVID-19 broke out when ALFA's activities gained momentum. They were more frustrated because the band was the fruits of their hard work. 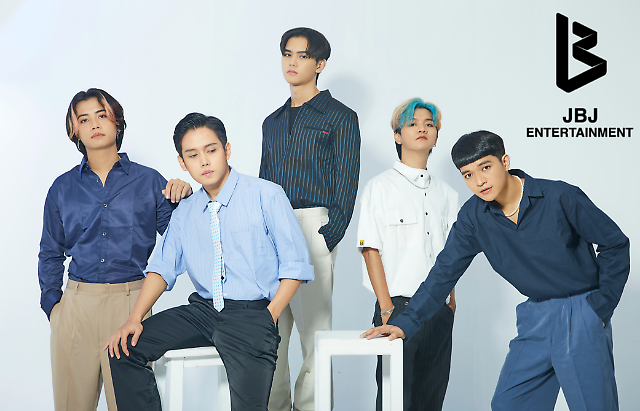 It was a challenge to develop a K-pop entertainment business in Myanmar, which lacks cultural and artistic infrastructure, said Kang. "Our goal is to nurture idol groups such as EXO, but Myanmar's cultural infrastructure is no different from our situation in the late 1990s. It may take 5 to 10 more years for Myanmar to reach the level of Thailand, a cultural leader in Southeast Asia. The K-pop craze raised the level of public ears, but it's difficult to find an artist who can satisfy this level."

This is largely due to the lack of art and cultural courses in Myanmar's regular education curriculum. Children and teenagers in Myanmar cannot dream of becoming celebrities or artists. There is no notion of buying tickets and watching a concert. It is not easy to cast South Korean idols by paying an appearance fee because organizers cannot endure enormous losses.

It's not easy for even large entertainment companies to enter Myanmar, Kang said, adding that market conditions should not be regarded as easy just because there is no competitor. "In order to do long-term activities in Myanmar, you have to learn how to adjust quality and compromise according to local circumstances. To overcome poor infrastructure, you have to discover and nurture artists yourself. And you should wait because it takes time and money without quick results."

Kang confessed that he should not have started his entertainment business if he was aware of difficulties early on. Initially, he distributed Korean beverages to Myanmar. Brand promotion was needed in the process of importing and distributing beverages, naturally leading to broadcasting and advertising. As his business grew, he tried his hand at K-pop.

Every time Kang tried to give up due to Myanmar's poor infrastructure, the biggest driving force behind his incessant work was his mother and JBJ chairwoman, Jeong Bun-ja, who started her business with the wholesale service of clothing in South Korea before paying attention to the potential of Southeast Asian markets. She picked Myanmar where few Korean companies have entered. It was not only for business expansion but she felt social responsibility as a businesswoman. After witnessing Myanmar's poor cultural environment, Jeong took on the role of promoting cultural exchanges between South Korea and Myanmar. She was appointed by the Myanmar government as public ambassador in February 2019. 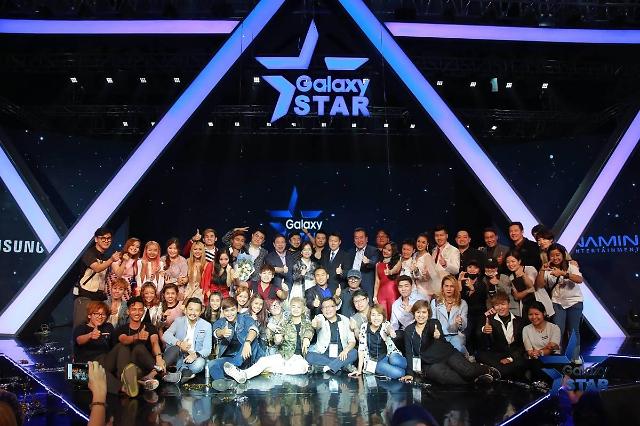 Jeong's decision has been made in every crisis to keep JBJ running. She supported the cost of operating the preliminary round of "K-pop Festival" hosted by South Korea's foreign ministry. After the "Galaxy Star Myanmar" audition program was over, she decided not to leave selected artists unattended even though there were no contract terms. Her concern that she could not throw them away after working together for 15 months was JBJ's actual beginning.

Jeong's beliefs were succeeded by Kang and Lee. Kang aims to introduce a long-term system for the after-retirement livelihood of artists by opening a training center, where retired artists work as instructors, and expanding it gradually into an academy on a school scale. The idea is based on the fact that there are no proper music education facilities in Myanmar.

Kang prides himself as a private diplomat in his short life in Myanmar. "Everything JBJ Entertainment is doing is a new path in Myanmar. There has been no job like a celebrity manager. It's a natural culture in South Korea, but we are doing it for the first time in Myanmar. Even if I do small things, I feel a strong sense of responsibility for creating Myanmar's culture. The same goes for music. As a K-pop preacher, my business represents Korean music in Myanmar."

The situation in Myanmar is still difficult, but Kang and Lee are looking for what can be done in South Korea through Envision Friendship.