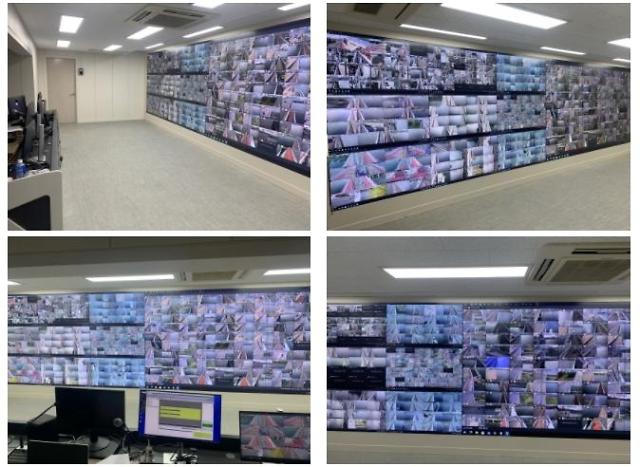 SEOUL -- To prevent people from committing suicide by jumping from river bridges, Seoul has set up a control tower that uses artificial intelligence-based closed-circuit television cameras to detect abnormal activities and notify monitoring agents if there is a person in need.

Han River that flows through Seoul is South Korea's fourth-longest river that stretches 494 kilometers (1,620 miles) from the central part of the Korean Peninsula to the west coast and flows out to the Yellow Sea. The river is the water source for some 9.7 million people living in Seoul. There are 27 bridges that connect the north and south areas of the river. Riverside parks are favorite places to picnic, enjoy leisure activities, and exercise.

Han River bridges are well known for their beautiful night scenery, but they are also notorious suicide spots. According to the Life Insurance Social Responsibility Foundation, an annual average of 373 people commit suicide by jumping off Han River's bridges even though there are closed-circuit television (CCTV) cameras and hotline phone booths installed on bridges.

Seoul Metropolitan Fire & Disaster Headquarters said in a statement on December 2 that a control tower has been set up to manage AI-based CCTV cameras. The system will go through a series of upgrades through a demonstration period until May 2022. "We predict that this control tower based on information communication technology will help emergency workers quickly counteract suicide," Seoul's emergency headquarters head Choi Tae-young was quoted as saying.

Using deep learning techniques, AI cameras can study the movement of people and detect dangerous signs such as a person staggering or wandering on the sidewalk of a bridge for a long time. The system will notify monitoring agents so that police or emergency personnel can be dispatched quickly to provide help.

Video feed from cameras can be shared with emergency workers in real-time. The exact location of a suspicious person will be provided using a geographic information system (GIS). Floodlights will be installed on bridges to improve visibility at night times.