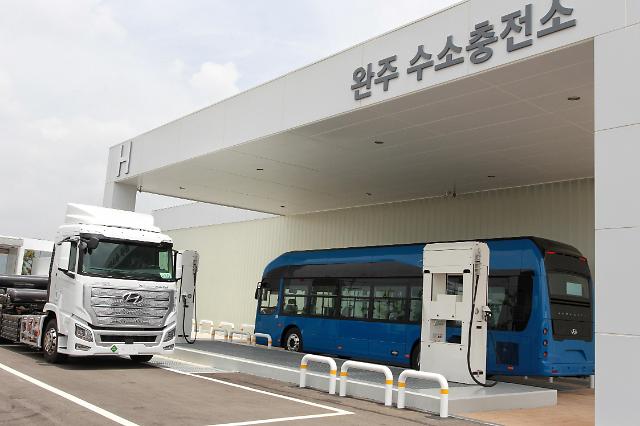 SEOUL -- South Korea will increase the number of electric vehicle chargers at expressway service areas to up to one thousand by the end of 2022 from 435 in operation as of December 2020. The move is part of a government campaign to achieve carbon neutrality by 2050.

"We will continue to expand EV and hydrogen charging infrastructure to achieve carbon neutrality by 2050," Hwang Sung-kyu, a vice transport minister, said in a statement on December 6. Due to subsidies and low operation fees compared to internal combustion engine vehicles, the number of EVs soared from 2,775 in 2014 to 211,677 as of October 2021. There are 18,068 hydrogen fuel cell vehicles in operation.