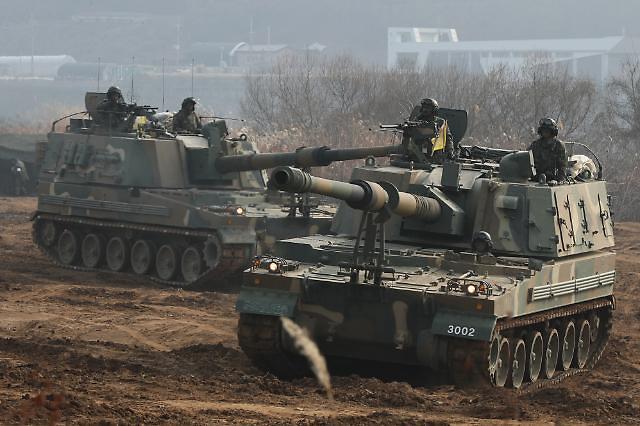 
SEOUL -- Australia became the seventh foreign country to operate South Korea's K-9 self-propelled howitzer developed by Hanwha Defense after a contract was signed in Canberra following a bilateral defense cooperation agreement endorsed by the leaders of the two countries.

The K9 is by far the most popular self-propelled howitzer in the world. About 600 K-9s have been exported to Turkey, India, Poland, Norway, Finland and Estonia. The supply of 30 AS9 Huntsman self-propelled howitzers and 15 AS10 armored resupply vehicles is the first major defense acquisition by Australia from an Asian defense prime contractor.

The Capability Acquisition and Sustainment Group (CASG), an organization within the Australian Department of Defence, signed a contract with Hanwha Defense Australia in Canberra on December 13, according to the Defense Acquisition Program Administration (DAPA), a state arms procurement agency controlled by South Korea's Defense Ministry.

AS9 Huntsmans will be manufactured in Australia at a new facility to be constructed in the Greater Geelong area of Victoria. Construction is to begin in the second quarter of 2022 for production in the fourth quarter of 2024.

The deal came after DAPA and CASG signed a memorandum of understanding on defense cooperation in a ceremony watched by South Korean President Moon Jae-in and Australian Prime Minister Scott Morrison on the sidelines of their summit talks.

DAPA head Kang Eun-ho said that the two sides agreed to cooperate in promoting jointness between weapon systems based on interoperability for K-9 self-propelled artillery between the two countries. "We hope that the foundation for defense cooperation between South Korea and Australia will extend to the space defense sector."

"Both countries have much to gain from each other economically, but benefits are especially significant in terms of regional security. The long-standing trust and friendship between Australia and the Republic of Korea is a great asset," said Hanwha Defense CEO Son Jae-il.

With the production of AS9s, Australia will enter a global supply chain, Hanwha Defense said, adding that there will be full engineering support in Australia with reach-back to all original equipment manufacturers.

The AS9 Huntsman was specially developed for Australia to incorporate learnings and experience from the global fleet of K9 howitzers. The AS9 Huntsman features a high level of protection and survivability, while AS10 is a highly protected and maneuverable ammunition resupply vehicle with a unique loading system that reduces risks to soldiers from enemy fire.