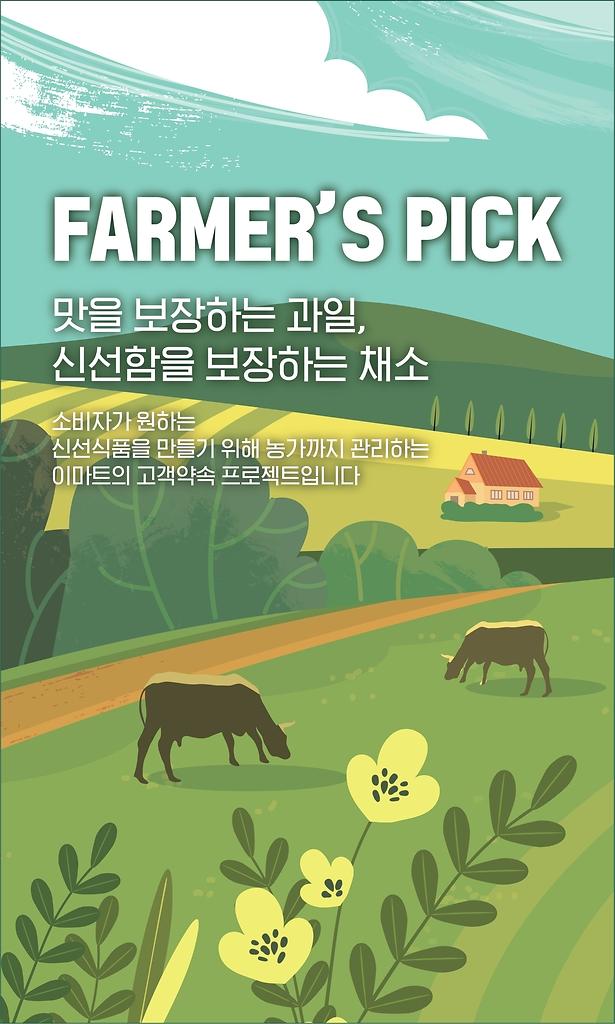 SEOUL -- Emart, the megastore wing of South Korea's retail conglomerate Shinsegae, has set out to attract more customers to its offline stores with a selection of specially-picked fresh goods.

Emart said in a statement on December 13 that the company released "Farmer's Pick," a fresh goods brand, to introduce a lineup of specially-selected fresh food products to customers visiting its offline megastores. "We will increase the lineup of Farmer's Pick products to about 100 types by partnering with 10,000 excellent farms by 2022," Emart's grocery business bureau official Choi Jin-il was quoted as saying.

The company has taken a differentiated approach to attract picky consumers with unique preferences to its offline stores. The megastore operator opened a special section dedicated to vegan consumers in its 20 offline stores in August 2020 targeting 2 million vegans in South Korea. The number of vegan sections has increased to 33 as of December 2021. Emart also released a plant-based vegan meat brand called "Unlimeat" in December 2021.

In December 2020, Emart opened an artificial intelligence-based personalized dietary supplement service store for consumers who need to take supplements regularly. An AI sommelier can choose necessary supplements depending on customers' age, health conditions and lifestyles. A total of six AI sommeliers will be operated by the end of 2021.
© Aju Business Daily & www.ajunews.com Copyright: All materials on this site may not be reproduced, distributed, transmitted, displayed, published or broadcast without the authorization from the Aju News Corporation.