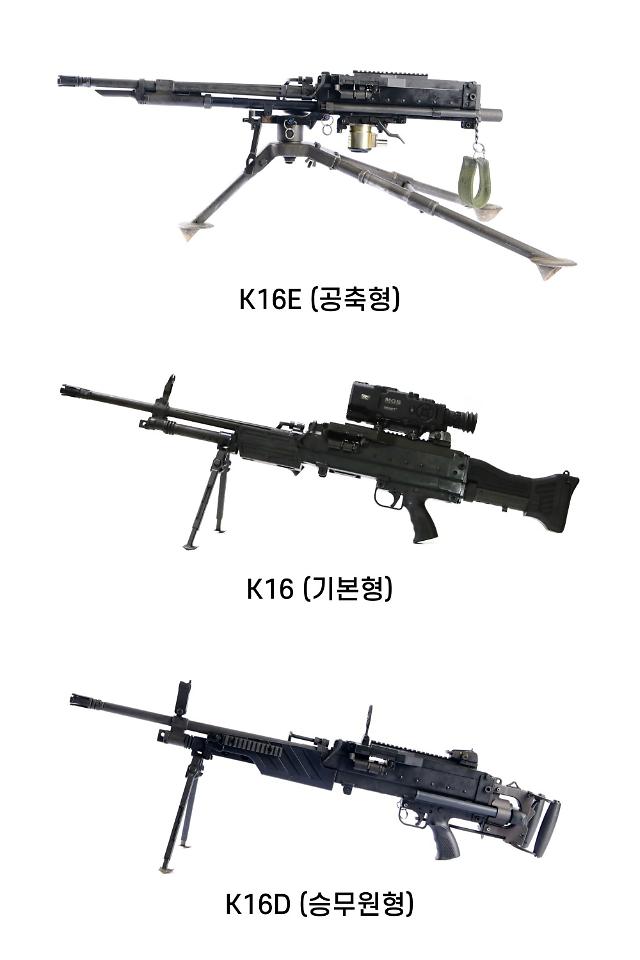 
SEOUL -- The delivery of new 7.62 mm K16 machine guns developed by SNT Motiv, a firearms manufacturer, began to replace outdated M60 general-purpose machine guns that have been used for decades by South Korean troops. The new weapon is mounted with thermal imaging scopes combining a compact thermographic camera and an aiming reticle.

The shipment of K16 guns came after a ceremony at SNT Motiv's headquarters in the southern port city of Busan on December 15 under a contract with the Defense Acquisition Program Administration (DAPA), a state arms procurement agency. K16 machine guns are equipped with exchange handles to facilitate the exchange of gun barrels. It is designed to reduce shooting flames by applying an open flash deflector.

"There are inquiries about K16 machine guns from various countries, and we will expand exports based on this successful military delivery," an unnamed SNT Motiv official said in a statement, citing growing demands for 7.62 mm machine guns for tanks, armored vehicles, and helicopters.

K16's basic model can be used to suppress massed troops during close combat. The K16E coaxial model is operated to support the close combat of mechanized units. A coaxial machine gun is fitted to a coaxial mount as a secondary weapon besides a vehicle's main weapon. The K16D model is mounted on tanks, armored vehicles, helicopters, and ships.

DAPA regards K16 as a very meaningful weapon as South Korean Army company units will be armed with thermographic weapon sight or thermal imagery scope that can be mounted on a variety of small arms as well as some heavier weapons and improve field combat power at night and foggy days.

SNT Motiv, formerly known as S&T Motiv, has produced firearms that equip most frontline units in South Korea. After the licensed production of Colt's M16A1 ended, South Korea began developing its own firearms. Since it was adopted for service in 1984, the K2 rifle has served South Korean troops with a raft of upgrades. The lineup of SNT Motiv's firearms includes pistols, assault rifles, automatic grenade launchers, sniper rifles, submachine and machine guns.