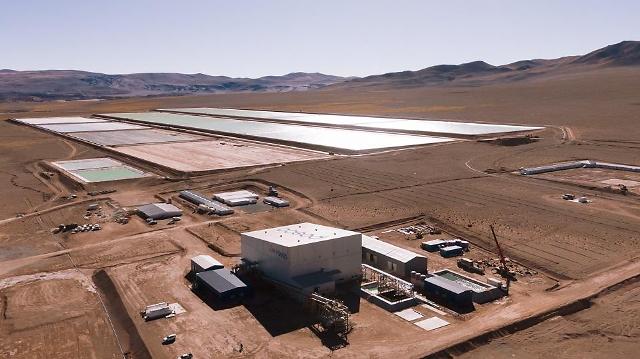 POSCO said in a statement on December 16 that its board has approved the proposed injection of $830 million, including infrastructure investment and operating funds, for the extraction of lithium hydroxide from the Salar del Hombre Muerto salt lake in northern Argentina.

POSCO purchased lithium mining rights in the lake from Australian lithium miner Galaxy Resources for $280 million in August 2018. In its exploration in 2020, the steel group found that the salt lake contained more lithium reserves than its original calculation. The steel group said it would consider expanding the production capacity of its plant in Argentina to 50,000 tons that can be used for about 1.2 million electric cars.

A dedicated factory will be built in the southern industrial port city of Gwangyang by 2023 to manufacture 43,000 tons of ithium hydroxide annually using a new extraction technique that can collect lithium from seawater and other rare-earth minerals.

POSCO regards battery materials as its next growth engine. In December 2020, POSCO chairman Choi Jeong-woo presented the goal of becoming a top player in the global battery material market by speeding up the completion of a value chain to produce some 220,000 tons of lithium and 100,000 tons of nickel by 2030. It targets a global market share of 20 percent.

In May 2021, POSCO acquired a 30 percent stake in a nickel mining and smelting company in Australia for $240 million. Under a deal with Canada's First Quantum Minerals, the steel group would receive 7,500 tons of nickel in mixed hydroxide precipitate (MHP) per year, beginning in 2024. MHP consists of mostly nickel hydroxide but also contains valuable cobalt hydroxides and various other impurities.

Posco Chemical, a leading company in coal chemistry and carbon materials, has spearheaded the steel group's strategy to produce high-purity nickel and develop materials for batteries. The company has secured a three-year contract worth $1.6 billion to supply high-nickel materials to LG Chemical.