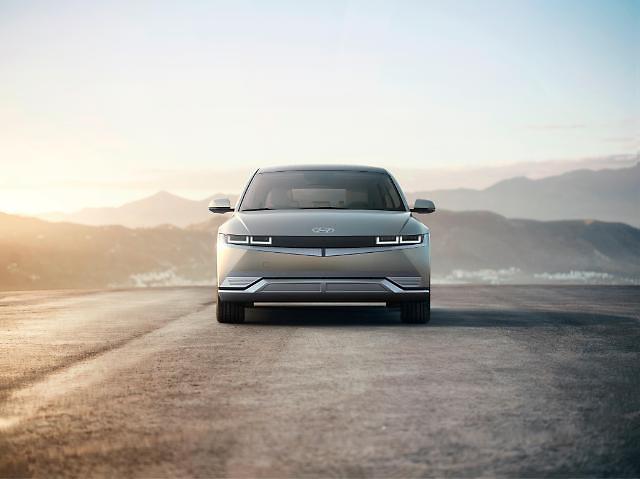 SEOUL -- Motional, a joint venture between South Korea's Hyundai auto group and Aptiv, an Ireland-based American mobility technology company, will launch an autonomous delivery service by partnering with the world's largest mobility service company Uber Technologies. Modified versions of Hyundai IONIQ 5-based robotaxis will be used to carry out the self-driving delivery service.

In September 2021, Motional unveiled the basic design of a robotaxi featuring level 4 autonomous driving technologies. The robotaxi is based on IONIQ 5 that has more than 30 sensors that provide 360-degree perception and long-range detection of objects. Level 4 autonomous vehicles can navigate around places by communicating with on-road structures and other vehicles. Human drivers are only necessary in case of an emergency.

Motional said in a statement on December 16 that the company teamed up with Uber Technologies to deliver food from selected restaurants using IONIQ 5 in Santa Monica, California. Starting in early 2022, users can order meal kit sets using Uber Eats, the online food delivery app of US car-sharing company Uber. Uber is available in some 6,000 cities around the world and the average delivery time is less than 30 minutes. "We’re confident this will be a successful collaboration with Uber and see many long-term opportunities for further deploying Motional’s technology across the Uber platform," Karl Iagnemma, Motional's President and CEO, was quoted as saying.

Commercial autonomous vehicle services are being tested globally. To test the potential of autonomous mobility services, Hyundai launched a two-month pilot operation of a self-driving shuttle service in the central city of Sejong in July 2021. Because core technologies of level 4 self-driving vehicles were applied to the self-driving shuttle, the vehicle could autonomously take passengers and move to the destination by calculating the best path using AI algorithms.