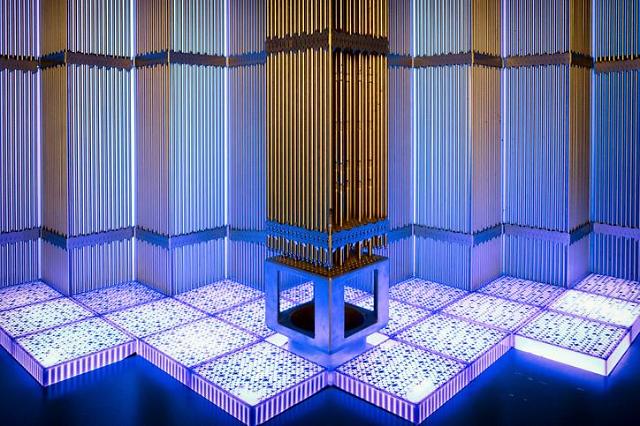 SEOUL -- South Korean nuclear experts were allowed to resume research and development on securing basic and original technologies on spent nuclear fuel processing technology after more than two decades of fruitless research that sparked a never-ending debate over how long taxpayers' money should be spent on acquiring unviable technologies.

The green light came at a cabinet meeting chaired by Prime Minister Kim Boo-kyum on December 27. Financial and other support will be provided through the state-run Atomic Energy Commission (AEC). The research will focus on securing original technologies through technology advancement., supplementing technologies related to nuclear non-proliferation, and the safety of "pyroprocessing" and a sodium-cooled fast reactor (SFR).

There will be a review later on whether to conduct research on the demonstration and commercialization of pyroprocessing, an unverified technology that has been considered largely proliferation-resistant since the product is thermally and radioactively far too hot to use for a weapon.

As a nuclear accord between Washington and Seoul effectively restricts the development of reprocessing facilities to acquire enriched uranium as fuel, South Korea has conducted research into pyroprocessing. However, there has been no visible progress in research, prompting the Seoul government to push it to the corner.

In September 2021, a nine-member review committee resumed suspended activities to check the feasibility of spent nuclear fuel processing technology, weeks after Seoul and Washington endorsed the results of a 10-year joint study by research bodies on the combination of pyroprocessing and a sodium-cooled fast reactor (Pyro-SFR). The study recommended follow-up research for the commercialization of Pyro-SFR.

SFR is a fast neutron reactor cooled by liquid sodium. Sodium's chemical reactivity requires special precautions to prevent and suppress fires. If sodium comes into contact with water it reacts to produce sodium hydroxide and hydrogen, and the hydrogen burns in contact with air.

Used nuclear fuel is kept in onsite interim storage facilities. The storage consists of two phases: wet storage and dry storage. Spent fuel rods are first kept in storage pools of water, which provide cooling and shielding against radiation. After 7 to 10 years in wet storage, they can be transferred to dry storage such as concrete canisters, modular air-cooled canister storage (MACSTOR) units and dry storage containers.

Nuclear power plant operators want a quick solution to piles of spent fuel rods. But there has been no clear answer from policymakers to address concerns about the management of spent fuel, which has been a stringent issue due to tight U.S. restrictions. Washington has insisted that wider concessions on reprocessing could complicate efforts to denuclearize the Korean peninsula. South Korea has been on watch by the nonproliferation community because of its covert nuclear program in the 1970s.