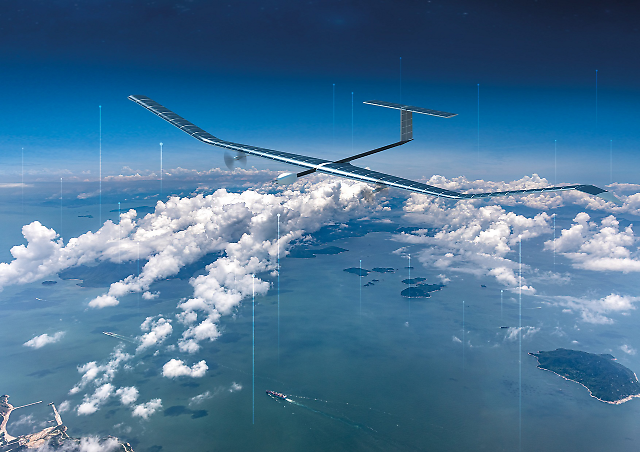 SEOUL -- The proposed development of a solar-powered drone capable of carrying out its ground-monitoring mission for more than 30 days in the stratosphere won final government approval. Due to stable weather, the stratosphere provides an optimal environment for long-term flight. There is no concern about "space waste" and the operation cost is lower than that of satellites.

Development is to begin in 2022 with an injection of 37.5 billion won ($31.5 million) by 2025, according to the Ministry of Science and ICT, which aims to develop the world's highest-performance stratosphere drone installed with 20 kilograms of equipment and secure technology on light airframes, parts for extreme environments, and small power consumption.

A study has been done in many countries to develop an ultra-light unmanned aerial vehicle that can stay for more than a month in the stratosphere. Currently, European aircraft manufacturer Airbus' solar drone "Zephyr S," is the only stratospheric solar-powered drone that has achieved the record of flying for 26 consecutive days. The drone can mount 5 kilograms (11 pounds) of equipment.

"In order to strengthen the competitiveness of South Korea's drone industry, it is very important to target the drone market for special purposes such as stratospheric drones," Lee Chang-yoon, a science ministry official, said in a statement on December 28. To secure ultra-light hull technology, it is necessary to develop high-performance batteries and secure carbon fiber composite materials.